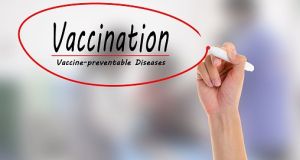 The High Court has refused an injunction seeking the withdrawal of a vaccine for schoolgirls to prevent cervical cancer.

Fiona Kirby, a nurse from Kilbeggan, Co Westmeath, had sought an order requiring the Health Products Regulatory Authority (HPRA) to withdraw the HPV vaccine. She claims her daughter suffered “horrendous” adverse consequences after being given it.

Ms Kirby argued the vaccine should be withdrawn pending further investigation into alleged side effects which she claimed had caused severe suffering for more than 100 young girls between 11 and 16 who have been given it in school.

Mr Justice Tony O’Connor accepted a submission from the HPRA only the European Commission can make a decision to withdraw. The Commission is due to make a final decision next year, the court heard.

The HPRA also said any legal challenge would have to be brought before the  European Court of Justice in Luxembourg as only it can determine the invalidity of the regulations under which the Commission operates.

The vaccine, known by its trade name Gardasil, has been offered to school girls since May 2010.

Ms Kirby, who represented herself, claimed, within 24 hours of receiving the vaccine in October 2011 her 11-year old daughter presented with severe flu-like symptoms.

The symptoms reappeared after the child got her second vaccine shot as a result of which her mother did not allow her get a third shot. Her daughter became extremely fatigued, suffered severe nausea which led to weight loss and muscle wastage, she said.

She also missed days at school and in March 2012 was hospitalised with bilateral pneumonia and was on antibiotics for six weeks, she said.

She thought her daughter’s problems were an isolated case but she claimed there are other girls in the country suffering “similar continuous life changing health problems” after receiving the vaccine.

Margaret Gray BL, for the HPRA, said  the marketing authorisation for the vaccine was issued by the European Commission which is the only authority which has the power to make a decision in relation to its withdrawal.

The European Medical Agency (EMA) was asked by the Danish authorities to consider the vaccine, look at a number of symptoms and make recommendations based on scientific cogent evidence, counsel also said.

One of the EMA’s committees found earlier last month there was no evidence to suggest licensing conditions attached to the vaccine ought to be changed or anything close to withdrawal, Ms Gray said.

A more recent report, on November 20th, made a similar recommendation saying there was no causal link with the symptoms they had been asked to look at.  It was the view of experts the benefits of HPV continue to outweigh known side effects, it was argued.