Minister ordered to decide on visa application within six weeks 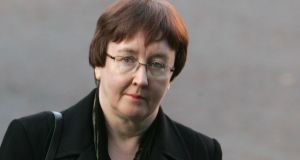 A judge has ordered the Minister for Justice to decide, within six weeks, an application by a Pakistani woman for a visa to enter Ireland with her husband, a British citizen.

The High Court heard the man applied in July 2015 for leave to exercise EU Treaty rights by working here for a time before he and his wife, who was previously refused a UK visa, return to the UK.

There, the wife will have to prove to the UK authorities she has a derived right of residence there based on her husband having become established in Ireland based on “effective and genuine activity”.

Ms Justice Mary Faherty’s significant High Court judgment has implications for the operation of the immigration service here and for similar cases based on the right of EU citizens to move freely within the union. It also has implications for the right of qualifying family members to a short-stay visa to enter the particular EU state where the EU citizen intends to reside.

Lawyers for Minister for Justice Frances Fitzgerald had urged the court not to compel her decide the application within six weeks, arguing it would cause “chaos” and “collapse” the immigration service.

The court was told there was an “unprecedented” and “enormous” surge of 1,417 per cent from 2013 to 2015 in the number of EU Treaty rights applications, especially from family members of UK citizens who are natives of Afghanistan, Pakistan and Iraq. There were 663 applications in 2013 and more than 10,000 in 2015, with the backlog of applications some 7,000.

Given the numbers, the Minister argued she cannot discount the potential for terrorist threat attack here or elsewhere in Europe and required adequate time to carry out checks on each visa application.

It was also argued the Minister was awaiting finalisation of a Garda investigation, Operation Vantage, into criminal networks based here and the UK involved in facilitating sham marriages. It was accepted there is no investigation into the couple’s marriage in Pakistan in 2013, which they maintain is legitimate.

Concerns were also expressed about possible abuse of Ireland’s immigration law and policy as a result of short-stay visa applications for third country national family members of EU citizens.

Many visa applications are being handled by for-profit immigration service companies some of whom, it was alleged, were knowingly or unknowingly faciliating applications including false employment and residence details.

It was accepted no such allegations had been made against a company used by the couple and it has not been subject of specific investigation.

Ms Justice Faherty said the court accepted the logistical difficulties resulting from the number of visa applications but it seemed concerns about potential abuses had “infected” the handling of this application.

This case concerned the exercise of “fundamental” rights of EU citizens under the free movement directive of 2004 and the Minister appeared to have the necessary information by August 2015 to decide this visa application.

The directive required applications be processed speedily and the Minister’s own guidelines provided for a period of four weeks. When this case was taken, nine months had passed, a five month timeframe previously suggested on behalf of the Minister had expired and there was still no timeline for a decision.

The delay was so unreasonable and “egregious” as to breach the directive, the judge held. The arguments concerning resources and concerns about potential abuses of the system failed to accord with the letter and spirit of the directive and the applicants also had a right under EU law to an effective remedy.

The man, a UK citizen and quantity surveyor born in Pakistan, married his wife in Pakistan in August 2013. He said he normally lives in the UK but went to Pakistan on July 20th, 2015 where his wife had weeks earlier applied for an Irish visa which they expected to get within weeks. When efforts to get a decision on the visa application failed, they took judicial review proceedings.

A core issue was whether the rights under the 2004 directive, and the implementing Irish regulations, applied to the couple. Ms Justice Faherty found they did and dismissed the State’s argument the man must have moved here before the rights applied.

The fact the couple ultimately intended to move to the UK from here did not affect their directive rights and EU member states can control entry of family members of EU citizens once an entry visa application is processed, she said.