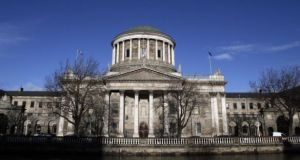 Two hillwakers have failed to prove as a matter of law a public right of way exists over 500 metres of a landowner’s property in an area of “great scenic beauty” in the Glencree valley in Co Wicklow, the Court of Appeal has ruled.

In those circumstances, the court said it would modify a declaration granted by the High Court against the two in favour of Enniskerry landowner Joseph Walker.

The High Court declaration was to the effect Mr Walker’s lands, and 48.5 acres of adjoining unregistered land at Annacrivey, Enniskerry, are not subject to any public rights of way.

The appeal court would modify the declaration so as not to prevent the courts making any future decisions in any other proceedings regarding the disputed route, Ms Justice Máire Whelan said. The precise modification will be set out later.

The three-judge court on Tuesday dismissed the appeal by Mr Leonach and Mr Barry, chairman and secretary respectively of the Enniskerry Walkers Association, after the High Court rejected their claim that, since 1760, there was a public road in the disputed area known as the Old Coach Road.

Following a dispute with the EWA and others over whether a public right of way existed, Joseph Walker, from Glencree Road, Enniskerry, Co Wicklow, initiated proceedings in 2008 contending his lands at Annacrivey, acquired by his father in 1945, were not subject to public access.

He disputed claims by Mr Leonach, Monastery Grove, Enniskerry, and Mr Barry of Monastery, Enniskerry, there was a right of way about halfway between Enniskerry and Glencree and the route was marked as a road on maps of the areas for some 250 years.

In his High Court judgment of 2012, Mr Justice John MacMenamin found 12 maps dating from 1760 to 1975 adduced in evidence by Mr Leonach and Mr Barry dating were not consistent with their claim a right of way existed as alleged.

He held that while a path may have existed at some time, it was most probably an estate track and not a public highway and also noted a structure known as Canavan’s Cottage stood directly across the route of the alleged right of way.

The judge also criticised the attitude demonstrated by both sides, saying neither had shown the degree of toleration necessary.

Giving the COA judgment dismissing the appeal, Ms Justice Whelan, with whom Mr Justice Michael Peart and Mr Justice Paul Gilligan agreed, said, because the fundamental proofs were not provided to satisfy the evidential requirements for a claim the disputed way constituted a pathway, the High Court findings could not be set aside on appeal.

It was “noteworthy”, while the disputed way ran over lands of others apart from Mr Walker, the appellants had not applied to have the adjoining property owners joined to the case, circumscribing the High Court’s ability to make any declarations or orders affecting their freehold ownership.

There was “uncontroverted” evidence to establish the freehold title to the disputed way was vested in the Wingfield family, later Viscounts Powerscourt, between 1603 and 1897 but no evidence was adduced in the High Court by the appellants concerning the freehold title from 1897 to 1950.

Another key omission was the failure to call witnesses from Wicklow County Council to prove potentially significant documents allegedly supporting claims by the appellants Mr Walker and his wife had acknowledged a right of way during a 1980s council survey of rights of way.

The High Court had classified the fact Mr Walker and his father would occasionally permit people walk on the lands was tolerance of “occasional trespass” inconsistent with a claim of implied dedication by either or both of the disputed route to public use.

It was clear from the evidence before the High Court the appellants had not established an express dedication of a right of way or inference of such a right of way from indirect evidence of dedication by the owner of the property, she said.

There was evidence before the High Court for it to conclude the route was more probably at all times an estate access track inconsistent with user as a public right of way, she said.

Miriam Lord: A bit of heckling but not much drama in new Docklands Dáil 22:25
Varadkar: jobs stimulus plan will be ‘radical and far-reaching’ 22:14
UK’s Border plan ‘could undermine North’s place in customs territory’ 22:10
Government will look at extending ban on rent increases and evictions 21:59
Fianna Fáil to conduct ‘independent review’ of its general election performance 21:54