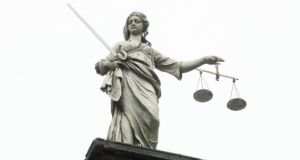 A High Court judge has dismissed a challenge by a solicitor to a Taxing Master’s decision to reduce by some €650,000 the costs sought by him from a former client.

Denis Doyle, a client of Wicklow based solicitor Joseph Buckley for 10 years from 1998, had opposed Mr Buckley’s case and claimed the Taxing Master’s decisions showed Mr Buckley was involved in “serious overcharging” of him.

Taxing Master Declan O’Neill issued a determination in January 2017 which made significant reductions of some €650,000 in costs claims by Mr Buckley but that determination was not finalised pending Mr Buckley’s High Court case over it.

Separate proceedings by Mr Doyle against his former solicitor seeking a sum of €565,000 in a client account which Mr Doyle alleges is his also remain on hold pending the High Court review. Mr Buckley, who claims he is owed the monies in fees, had said some €45,000 remains in that account.

On Tuesday, Mr Justice Donald Binchy said he had concluded the court should not intervene in the “significant reductions” made by Master O’Neill.

He had one reservation arising from Mr Buckley’s insistence he had discharged a particular sum of €190,000, the judge said. If Mr Buckley could establish he had done so, that could be taken into account at the plenary hearing and the Taxing Master’s findings adjusted to reflect that.

The judge gave a brief summary of his decision and said his full judgment would be made available within a few days.

He said a lack of judicial resources means a “very unsatisfactory state of affairs” where judges have to sit and hear cases one after another with no opportunity to give decisions in a timely manner. This meant cases such as this, which throw up complexities and a lot of material requiring “careful sifting”, get pushed aside, he said.

He said he made those comments because Mr Doyle’s solicitors had expressed concerns about the delay in giving judgment on the case, heard in November 2017.

In his summary, the judge concluded Mr Buckley’s complaints about the hearing before the Taxing Master must be rejected. The Taxing Master had jurisdiction to tax the bills of costs concerned, did not fall into any error procedurally and gave “painstaking” and “fair and reasoned” consideration to the matter, he held.

Notwithstanding the “very significant” reductions made by Master O’Neill, the court should not intervene, he ruled.

However, the court had a reservation concerning one item where Mr Buckley claimed to have discharged a €190,000 account of a man in full on instructions. If it could be established at the plenary hearing that payment was made, the Taxing Master’s findings should be adjusted in Mr Buckley’s favour.

The judge put the matter back so the sides can get and consider the full judgment.

During the hearing, Paul Anthony McDermott SC, for Mr Doyle, said the Taxing Master’s decisions showed Mr Buckley was involved in “serious overcharging”. Mr Buckley agreed with the Taxing Master a €60,000 fee charged by him on one occasion was excessive and unjustifiable and that fee was reduced to €6,000, counsel said.

While Mr Buckley argued Mr Doyle consented to the fees and signed bills, there was an issue whether that was informed consent, counsel argued.

The Taxing Master had said Mr Doyle was, at best, presented with bills of “almost impenetrable opaqueness”.

Addressing a claim he billed some €7,000 or €8,000 fees for a senior counsel who had indicated his fee was €1,500, plus Vat, Mr Buckley said that counsel was retained in a case which ran for two and a half years and was entitled to the payment.