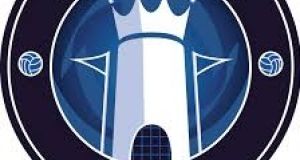 The court heard that there has been four, including one formal, expressions of interest by potential investors in the club, which has debts of about €490,000.

The High Court has appointed an interim examiner to League of Ireland side Limerick FC.

The appointment was made after the court heard that an independent expert had stated that Munster Football Club Limited, which trades as Limerick FC, has a reasonable prospect of survival as a going concern if certain steps are taken.

These steps include the appointment of an examiner who would put together a scheme of arrangement with the club’s creditors, and if fresh investment in the League of Ireland First Division side can be secured.

The court heard that there have been four, including one formal, expressions of interest by potential investors in the club, which has debts of about €490,000.

In seeking the protection of the court from its creditors the club said it is experiencing financial difficulties due to reasons including recent match-fixing allegations against certain of the club’s players, payments of player’s expenses.

The club cited its relegation in November 2018 from the League of Ireland’s Premier Division as another reason why it has gotten into difficulty.

The club’s relations with the FAI and the body that represents professional players in the league the PFAI were also strained, the court heard.

In addition solidarity payments to the club from the Football Association of Ireland, and UEFA, which the club expected to receive at the start of the current season, have failed to materialise.

Other matters that impacted on the club include the threat of strike action by the club’s players, issues over the club’s licence to play in the League of Ireland, its tenancy at the Market Field Stadium in Limerick where the team plays its home games, declining attendances and the failure to attract sponsorship due to negative publicity.

The court heard that in order to secure the club’s future company director and club chairman Pat O’Sullivan is willing to hand over control of the football club to a new investor to ensure the continuity of the club into the future.

At the High Court on Friday evening, Mr Justice Anthony Barr said while the company was insolvent, he was satisfied from the independent accountant’s report that insolvency practitioner Conor Noone of Baker Tilly chartered accountants should be appointed as interim examiner to the company.

The examiner has up to 100 days to put together a scheme with the clubs creditors which if approved will allow the club to survive.

The club had two full-time professionals, a player and a manager, and 40 volunteers, who run the club which plays in the First Division of the league, as well as fielding teams in ladies and underage competitions.

It also operates several social initiatives such as the reclaim project, to help and provide opportunities to those in the Limerick area who have fallen out of mainstream education or employment.

Counsel said that it was because of these type of initiatives that the Garda in Limerick, which is a creditor of the club, is supporting the examinership application.

There had also been four expressions of interest in the club from potential investors, counsel said, including one formal expression of interest.

Other creditors of the company include Limerick Institute of Technology, Revenue, Limerick City Hotel, Limerick Enterprise Developments Partnership which own the Markets Fields,

Counsel said that the creditors would do better in an examinership, compared to if the company went into liquidation.

The application returns before the court next week.