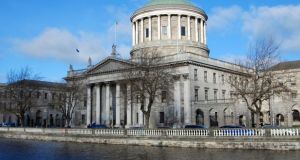 Bloodstock sales firm Goffs has claimed before the High Court it is being defamed by the part owner of a horse, which was sold in 2011. File photograph: iStock

Bloodstock sales firm Goffs has claimed before the High Court it is being defamed by the part-owner of a horse, which was sold in 2011.

Goffs has brought proceedings against James Carney, who it claims has defamed it in posts on various social media platforms and indirect representations allegedly made to bodies including Horseracing Ireland and the Racing Post Newspapers.

Goffs claims the allegations are untrue, defamatory and damaging to its reputation.

As a result, Goffs seeks damages, to include aggravated damages, for defamation against Mr Carney of Main Street, Arklow, Co Wicklow.

Permission was granted on an ex parte basis, where only one side was represented in court, by Ms Justice Leonie Reynolds.

The judge made the matter returnable to Thursday’s sitting of the court.

The judge also made an order under Section 33 of the 2009 Defamation Act prohibiting the publication of the alleged defamation until further order of the court.

Goffs, represented in court by Gary Compton BL, claims the defamatory allegations relate to the sale of a horse called Sensational Sema in 2011 which it is claimed Mr Carney had an interest in.

The sale was conducted by a UK based firm, which is part of the Goffs group, on behalf of the trainer of the horse, who it is claimed was owed money for unpaid training fees.

Goffs say there was nothing wrong with the sale.

However, Mr Carney, who was one of several persons with shares in Sensational Sema, was unhappy with what happened.

Goffs claim Mr Carney was the only shareholder of the horse to dispute the sale.

The court heard that Goffs had asked Mr Carney to desist from his campaign against the company, which it is claimed is extremely damaging to the various firms and Mr Beeby.

However the defendant has failed to cease posting the alleged defamatory material, and counsel said it has decided to take proceedings against the defendant.