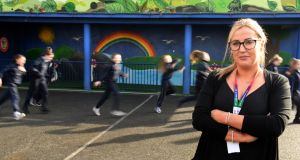 MQI claims international evidence points to the need to locate such facilities where potential clients are based and that 42 per cent of the homeless are in the surrounding Dublin 1, 7 and 8 areas.

Dublin City Council had refused permission for the facility on grounds including over-concentration of social support services in the Dublin 8 area, lack of a robust policing plan and because it would have an injurious affect on local residents and the tourism economy.

An Bord Pleanála upheld the MQI appeal over the refusal.

In recommending permission, a ABP inspector said refusal to do so would not reduce the existing daily public drug use and criminal behaviour or the existing harm to the children. The inspector also suggested a possibility the facility will “improve the area in terms of public injecting and drug-related litter.”

Among various claims, the school board of management says no account was taken of expert psychological evidence that the presence of the injecting facility would harm the school children.

It is also claimed the decision is void because permission cannot be granted for a criminal activity, the injection of heroin.

Merchants Quay and the surrounding area suffer from ongoing anti-social behaviour when addicts and drug dealers congregate, it is claimed. An existing “Night Cafe” in the MQI building is a source of behaviour problems, it is claimed.

Aillil O’Reilly BL, instructed by David Curran of Flynn O’Driscoll Solicitors, for the school, which has nearly 200 pupils and 40 staff, made the ex parte application.

Adjourning the matter to April, the judge also granted a stay on the permission being implemented but said ABP may apply within 21 days to vary or discharge the stay.

In its challenge, the school claims the approval decision is outside the powers of ABP as the issue of whether the development will harm the children is not a relevant planning matter and is something the board has no expertise on competence in.

It claims the tendencies of drug addicts and their dealers are not relevant to planning and ABP has no competence to adjudicate on whether the injection facility will increase anti-social behaviour.

The permission proposes MQI would provide supervision of areas adjacent to its own building and this, the school says, is not a known tenet of planning law.

No evidence of a policing plan was presented as part of the application, it says.

Under legislation introduced in 2017 (the Supervised Injecting Facilities Act), the Minister for Health issued a licence for such a facility and MQI won the tender put out by the HSE to operate the licence.

The school claims, while the law provides criteria may be set out as to suitability of certain premises for the facility, no regulations have been made.

The planning decision was unlawful because the Minister’s licence is only for 18 months while the board has granted permission for three years for an unlawful activity, it says.

The school argues the existence of illegal acts cannot be a justification for granting permission and says such matters contravene the school children’s constitutional right to bodily integrity and education and are “abhorrent”.