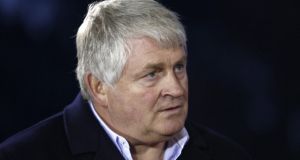 Lawyers for Denis O’Brien have disputed the level of access being given to his experts for their inspection of Red Flag Consulting computers. Photograph: Getty

The High Court will on Friday hear details of a dispute over the access being provided by a Dublin-based consulting firm to experts for businessman Denis O’Brien so they can take photographs of documents on the firm’s computers.

Mr O’Brien alleges Red Flag Consulting is linked to an alleged conspiracy to damage him personally and commercially. He has sued the firm and various directors and employees, including Red Flag chief executive Karl Brophy, a former senior executive with Independent News & Media; and Red Flag non-executive chairman, Gavin O’Reilly, a former chief executive of IN&M.

The businessman’s lawyers argued on Tuesday that the defendants had breached an order made last Friday allowing experts for both sides to engage in “forensic imaging” of computer files. This involves taking photographs of certain documents to be stored pending the court’s decision whether Mr O’Brien is entitled to inspect the documents.

Mr O’Brien claims the firm was engaged to compile and contribute to a dossier of mainly unfavourable material about him and he wants to inspect the Red Flag files to ascertain who is behind the alleged conspiracy.

The court previously heard Mr O’Brien had hired a private investigator to look into the alleged conspiracy and later received a USB stick delivered anonymously to him which contained the dossier of documents.

His lawyers last week initially sought orders permitting his side to enter Red Flag’s offices and inspect all its computers and take material. This was refused by the High Court as too draconian.

He instead got an order restraining any interference with the documents which remains in place but allows the forensic imaging process to occur.

Mr O’Brien’s application to inspect the material photographed is to be heard on December 8th.

Red Flag denies defamation, conspiracy or any wrongdoing. It also told the court the dossier complained about contains material gathered by it and it is very concerned how the dossier came into Mr O’Brien’s possession.

Mr Justice Colm Mac Eochaidh is to consider on Friday if the defendants have fully complied with the forensic imaging order and if that order should be extended.

The judge refused an application on Tuesday from Martin Hayden SC, for Mr O’Brien, to make orders requiring the company to comply fully with last week’s order and said the O’Brien side would have to apply to extend the order.

He also refused an application by Michael Collins SC, for Red Flag, to find his side was fully in compliance. The judge said he would decide these matters on Friday.

Earlier, Mr Hayden said experts for both sides had agreed a pre-inspection regime but his side’s experts were later told they were “not getting Gavin O’Reilly’s equipment” and there would be no access to material stored in “cloud” (an internet rather than locally based storage system). Access to cloud-based metadata is very important in order to trace whether material has been deleted, counsel said.

His side was also told Red Flag did not maintain any back up of its computer files although it is a consulting company, he said. They were also told they could not have access to Mr Brophy’s computer until Tuesday because he physically did not have it.

Mr Collins, for Red Flag, said the terms of last Friday’s order were very clear and only applied to computers involved in the compilation of the dossier. His side provided that access and also allowed access to computers of two people who were not defendants but had an involvement in the dossier.

Mr O’Reilly had nothing to do with the dossier and only used a Red Flag computer once, in 2014, counsel said. Mr Brophy’s computer was available on Tuesday but the experts had not had time to get to it, he said.

Unless he had “lost my grasp of the English language”, last Friday’s order provided for limited access to the computers of those involved in creating, editing and reviewing the dossier documents, he said.

Mr Hayden said this was a case of unlawful conspiracy. Red Flag had argued Gavin O’Reilly had nothing to do with the dossier but it was not for it to decide that or what other material could be looked at.