Lawyers have yet to agree dates over exchanging of documents, High Court told 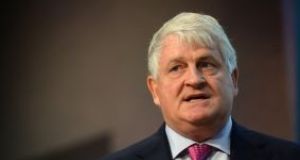 Lawyers for Red Flag Consulting and Denis O’Brien have yet to agree on dates for exchanging legal documents necessary for the hearing of the businessman’s case against the firm over alleged conspiracy and defamation, the High Court heard on Wednesday.

Mr Justice Colm MacEochaidh was told the sides do not share the same view concerning the urgency of the proceedings but hoped to agree on a timetable for exchange of documents.

Frank Beatty BL, for Mr O’Brien, said he wanted directions from the court concerning a number of matters. There was an urgency because nothing substantial had happened in the case since December 21st, he said.

Counsel said pleadings had not been exchanged and Red Flag had not filed its defence. His side believed it should have had that defence by now but the defendants had an issue with that, he said.

William Abrahamson BL, for Red Flag, said his side were awaiting replies to particulars from Mr O’Brien’s side before finalising their defence.

Mr Abrahamson said he hoped the sides could reach agreement on dates for exchange of pleadings by Friday, the date fixed by the judge for further case management of the action.

Mr Justice MacEochaidh said he did not consider the matter urgent and would not interrupt the case before him at hearing on Wednesday to hold a case management hearing , which he was told would take some 20 minutes. Instead, he would list that case management matter for Friday.

Mr O’Brien initiated his case against Red Flag and some of its executives and staff last October after alleging he had received anonymously a dossier of material about him.

The dossier, mostly comprising media articles about the businessman but also including documents entitled “Who is Denis O’Brien? “ and the “Moriarty Tribunal Explainer” was on a USB stick contained in a envelope that arrived in his office, the court was told.

Mr O’Brien alleges the dossier is evidence of a conspiracy to damage him personally and professionally and alleges Red Flag and its client for the dossier are part of the alleged conspiracy.

Red Flag has told the court it had a client for the dossier but it is entitled not to reveal that client’s identity. It has also raised issues about how its material came into the possession of Mr O’Brien.

Mr Justice MacEochaidh noted Mr O’Brien’s lawyers could get the client’s identity through the normal High Court process of discovering documents for a full hearing.

Previously, the judge ordered various executives and staff of Red Flag to hand over for “forensic imaging” any personal computers and devices used by them for work purposes. The order allowed digital forensic experts photograph material on the equipment pending a ruling whether that material can be inspected for use in Mr O’Brien’s action.