Council told to pay €2,000 plus legal costs to man whose horse was destroyed

Owner claims animal was a pedigree worth up to €35,000 in breeding fees 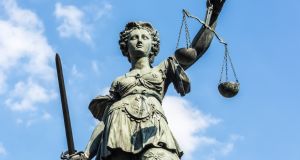 Galway County Council may appeal a €2,000 High Court award, plus legal costs, to a man whose horse was destroyed over unpaid impounding fees.

Last month, Edward McDonagh, Bothar an Coiste, Headford Road, Galway, was awarded €2,000 by Mr Justice Garrett Simons against the council over the destruction of a stallion called Chief of Colours.

The council said the horse was picked up wandering on the Headford Road, Galway, in February 2018.

Mr McDonagh disputed that it was wandering as he said it was kept securely in a field. When he refused to pay €3,000 pound fees, vet’s bill and legal costs, the horse was put down.

Mr McDonagh said he had paid €5,000 in 2013 to a man in Coalisland, Co Tyrone, for its mother when she was in foal with Chief of Colours.

He sued the council and was awarded €2,000. The issue of costs of the case was put back. On Thursday, Mr Justice Simons awarded him his costs.

Stephen Dodd BL, for the council, asked for a stay both on the €2,000 award and on legal costs so his client could consider whether to appeal.

The judge agreed to the stay but said Mr McDonagh must be paid the €2,000 and if the council is successful in any appeal, he could return the money.