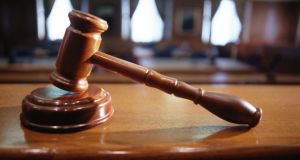 The High Court has warned “fast-track” court procedures may breach the human rights entitlements of defendants.

The Master of the High Court has warned “fast-track” court procedures – under which banks get final money judgments solely on a judge’s view of the credibility of any sworn written defence – may breach the entitlements of defendants under the European Convention on Human Rights.

Master Edmund Honohan, who deals with pre-trial preparatory issues, questioned the fairness to defendants of procedures under which applications by banks and others for liberty to enter final judgments, in proceedings commenced by summary summons, are decided on the basis of a judge’s view of the “credibility” of any defence outlined in sworn documents.

If the fast-track procedure breaches the convention, and if court rules exclude due process, then organs of the State, must act in accordance with the State’s obligations under the convention, he said.

The Irish procedure is increasingly “plaintiff favoured” with “quite perfunctory” proofs required for judgment in contrast to the US procedure where the onus is on plaintiffs, not defendants, to prove their case for money judgments.

The Master directed the defendant was entitled to an adjournment after finding to do otherwise would mean listing this motion when it was not ready for a fair hearing.