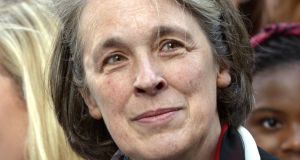 
A significant High Court ruling allowing a South African family leave for judicial review, on EU law grounds, of a refusal of refugee status despite their application being outside the 14-day legal time limit, has been overturned by the Supreme Court.

By a four-to-one majority yesterday and in a judgment with important implications for other case, the Supreme Court quashed that High Court decision by Mr Justice Gerard Hogan.

Mr Justice John Murray agreed with the majority that the 14-day limit, set out in section 5 of the Illegal Immigrants (Trafficking) Act 2000, did not breach the EU law principle of effectiveness. The principle requires that court procedural rules in member states should not render “practically impossible or excessively difficult” the exercise of rights conferred by EU law.

All five judges said the family – a mother and her two children – had had sufficient time to identify any legal issues arising from the 2009 rejection by the Refugee Appeals Tribunal and the Minister for Justice of their applications for refugee status and the notification of an intention to make deportation orders.

It was only after they were informed, on March 16th, 2010, that the deportation orders had been made that they sought judicial review on April 1st of the 2009 decisions and the 2010 deportation orders. No claim illustrating any particular difficulty in complying with the 14-day period had been made, the court found.

Giving the majority finding on the equivalence issue, Mr Justice Fennelly said the European Court of Justice had repeatedly stated it was only the national court that could decide whether a particular national provision breached the principle of equivalence.

In the final analysis, it was for the Supreme Court to decide if the 14-day limit discriminated impermissibly against EU claims, in effect claims of asylum seekers. As the limit applied to applications for judicial review of immigration decisions brought both on Irish law and EU law grounds, it was not impermissibly discriminatory. It was also “crucial” section 5 of the 2000 Act included within its scope decisions not connected with the asylum process, he said.

The court also considered there was no need, as sought on behalf of the family, to ask the European Court of Justice to rule on issues concerning application of the principle of equivalence.

Dissenting, Mr Justice Murray said the principle of equivalence was designed to ensure rights derived from European law could be asserted before national courts in circumstances and subject to procedures no less favourable than the assertion of rights derived from national law.