Man who exposed himself to judge attacked in prison 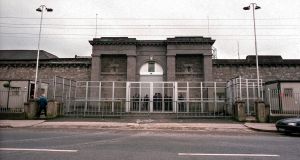 A man who exposed himself to a judge in Ennis is in hospital with serious head injuries after he was attacked in the showers in Limerick jail.

He has undergone brain surgery after the attack in the jail on Sunday.

Brian Joyce (21) had been due to appear at Ennis District Court to face allegations that he assaulted a teenager in the town last October, but he was not present in court to hear the charges.

When his name was called out by the court registrar, his solicitor, Tara Godfrey said Mr Joyce “is hospitalised critically in Cork”. In reply, Judge Patrick Durcan said: “I’m sorry to hear that. Had he an accident?”

Judge Durcan asked when it was likely Mr Joyce would be able to attend court and Ms Godfrey replied: “He has just had brain surgery and we aren’t sure of the prognosis.”

Saying that her client had suffered a skull fracture in the attack, Ms Godfrey said that Mr Joyce was unable to recognise members of his own family when they visited him in hospital.

Mr Joyce was found in a pool of blood in the showers on Sunday afternoon, The Irish Times understands. The Prison Service refused to give out details about his condition.

In court last Friday, Mr Joyce mooned at Judge Durcan and slapped his exposed backside after the judge had refused bail to his 18-year-old brother, John, who is also charged with assault.

Shouting “Up the Joyces! Up the Clare Joyces!”, Brian Joyce, St Enda’s Beechpark, Ennis, then turned around to expose his genitals to the judge and court, which prompted a melee in the court as gardaí tried to restore order.

Mr Joyce’s action came after Judge Durcan refused bail to his brother, John Joyce (18). There was then a melee in the court during which a Garda was allegedly the subject of an assault.

The Joyce brothers, both of St Enda’s, Beechpark, Ennis, were before the court in respect of an assault charge in Ennis from October 14th last.

Judge Durcan suspended court sittings and went to his chambers and on his return to court, he said what had occurred “was the worst outbreak of violence I have ever witnessed in a court either as a practitioner or as a judge”.

Judge Durcan said that behaviour in the courtroom had “sunk to a level of depravity that I’ve never encountered before”.

Mr Joyce’s younger brother, John was also before the court on Wednesday and Judge Durcan remanded the two in custody to re-appear before court next Wednesday.

During the bail hearing last Friday, Garda Robert Grant told the court that it will be alleged that Brian and John Joyce used knives and blades to slash and stab a teenager at his home in Ennis on October 14th last.

The court heard that the teenager required 200 stitches to his face and arm after being allegedly assaulted by the Joyce brothers.

On Tuesday in court, Judge Durcan demanded heightened security measures for court in the aftermath of last Friday’s melee. He told the court there was “an appalling breakdown in security” in court on Friday and described the events as “shameful”.

Judge Durcan warned he will not sit in future if the identity of the court guard is not presented to him in chambers before sittings of the district and family law courts in Ennis.