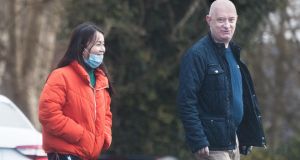 A judge has told a court that a Dublin couple were “essential and vital cogs in the machine” which operated a brothel in Ennis, Co Clare over two years ago.

At Ennis District Court, Judge Patrick Durcan imposed a suspended three-month prison term on Eamon Ryan (54) and on Fokyee Anderson (48), both of Glenmaroon Road, Palmerstown, Dublin 20, who both pleaded guilty to permitting an Ennis property be used as a brothel on December 18th, 2018.

The couple was charged after a Garda raid on 31 The Crescent, Ennis found two Chinese women, one aged 62 and another aged 50, working as prostitutes on December 18th, 2018, and Ryan and Anderson also present at the property.

On Wednesday, Judge Patrick Durcan stated that the two accused were “essential and vital cogs in the machine” of operating the brothel.

“The overall nature of this industry is hugely abusive of women and the two played a role in that business. They were under no illusions about the activity they were entering into,” he said.

During the raid, gardaí also found a 46-year-old Co Clare man hiding in a wardrobe in the bedroom used by the 50-year-old woman.The house was rented for a few days to allow the brothel operate.

Sgt Lonergan said Ryan admitted to driving the women around the country while Anderson took the bookings and took €5 for each booking.

Sgt Lonergan said there was no evidence of trappings of wealth, or that the two accused had coerced or trafficked the women concerned.

When the two women who worked as prostitutes were interviewed by gardaí, they stated that that they were not being pressurised, he said.

The two are no longer in the country, he added.

Solicitor for the accused, John Casey, said Ryan only got “petrol money” and no other benefit for his involvement and Anderson €5 per booking.

“They treated this as a holiday in the country. This wasn’t a professional operation. They were making no money out of it,” Mr Casey said.

He said Ryan is a full time carer for his cousin and Anderson is a grandmother and had a grandchild in Hong Kong.

“It is seedy, Judge, but I would ask you to take into account their good record and their co-operation with the gardaí.”

The pair had no previous convictions and co-operated fully “and maybe gave too much information”, he said.