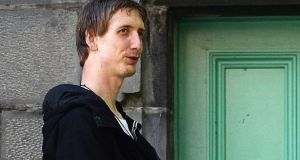 A man has been jailed for killing 24-year-old Dmitry Hrynkevich.

A suspected victim of human trafficking who killed a seven feet five inch Belarusian man has been jailed for six years with the final 12 months suspended.

Lithuanian Arnoldas Ivanauskas (33), with an address at The Parklands, Tralee, Co Kerry, was acquitted of murder and convicted of manslaughter earlier this year for killing 24-year-old Dmitry Hrynkevich. In garda interviews the accused said a second man, who was not before the court, attacked Mr Hrynkevich and that he “joined in”, punching the deceased at least once on the side of the head.

Sentencing Ivanauskas on Wednesday at the Central Criminal Court Mr Justice Michael MacGrath noted the difficulties the accused had in his life, including a report suggesting that he may have been the victim of human trafficking.

Mr Justice MacGrath also described the death of Mr Hrynkevich as “extremely tragic particularly for his mother.” In a statement to the court Elena Moram had described her son’s struggles with Marfan Syndrome that caused him to have elongated limbs and heart problems. He grew up “in pain, marginalised, picked upon by a certain minority” for his height, she said, adding that he was seen as a “freak” by some.

Despite his problems, his mother said he showed “courage, resilience and kindness” and was widely liked for his humour and generosity.

Mr Justice MacGrath said he had to take into account that the deceased’s medical problems, including a compromised heart, contributed to his death and that the jury had decided that the accused did not intend to kill or cause serious injury when he struck the deceased. He said that the evidence showed that the second person, who is not before the court, was the principal assailant and the instigator of the assault.

He further noted that while the assault was not planned, the accused man did not withdraw once it started. He said the accused was in the medium culpability range and set the headline sentence at seven years. Taking into account mitigating factors, including his good record in prison, he reduced that to six years and suspended the final year on condition that he enter a bond to be of good behaviour for two years after his release from prison.

The judge said Ivanauskas had expressed remorse in a letter to the court in which he said it was “never his intention to hurt or to kill.” He said the killing had changed his life forever and he wishes he could turn the clock back. In prison he is an enhanced prisoner with a clean record and had sat exams for the Leaving Certificate.

The sentence was backdated to November 2018 when he first went into custody.