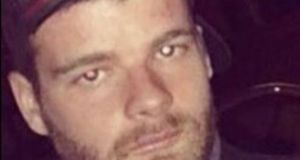 A young man has denied murdering a homeless man with cerebral palsy who was found dead with 183 stab wounds in a Dublin park two years ago.

Opening the case for the prosecution, Pauline Whalley SC told a Central Criminal Court jury that the prosecution will show that Philip Dunbar (20) stabbed Adam ‘Floater’ Muldoon and then went to a friend’s house where he admitted to the stabbing.

Mr Dunbar, of Glenshane Drive, Tallaght, Dublin 24, has pleaded not guilty to the murder of Mr Muldoon at Butler Park in Jobstown Park, Tallaght on June 22nd or June 23rd, 2018.

Ms Whalley said Mr Muldoon was 23-years-old and lived as a homeless person in the Glenshane area of Tallaght before he died. He had a difficult early life, she said, and was supported by the local community who fed him and gave him clothes. He had cerebral palsy and sometimes used a walking stick or Zimmer frame.

The court heard Mr Muldoon knew the accused, who was 17 at the time, as Mr Dunbar also lived in Glenshane.

June 22nd, 2018, counsel said, had been a lovely summer’s day and a number of young people had gathered that evening in the Glenshane area and were “doing the things young people do”.

They ordered pizza and some were smoking “weed” while others were drinking.

A row later developed, Ms Whalley said, and Mr Muldoon and the accused went into Butler Park, an area within Jobstown Park.

Counsel said that in the park the accused stabbed Mr Muldoon 183 times causing his death. She said a pathologist’s report would show that many of the wounds were superficial but three major blood vessels in the neck were severed causing injuries that would have been immediately fatal.

Other wounds, she said, had penetrated the liver and lungs and there were defensive wounds to his hands.

Mr Muldoon’s body was discovered the following morning by a dog walker and a garda investigation began.

Ms Whalley said that following the stabbing the accused went to a friend’s house where he admitted that he had “stabbed Floater” a number of times.

Counsel told the jury that they must be “cold and surgical” when they consider their verdict having heard the evidence at the end of the trial.

She said that Mr Muldoon died in a “really awful way” but they must put aside any sympathy for the deceased or his family. She also said that they might look at the accused and think, “he looks so young and innocent, he couldn’t be guilty of this crime”.

However, she told the jury of six men and six women they must behave like judges and be cold and impartial in their consideration of the facts.

The trial continues in front of Mr Justice Paul McDermott.