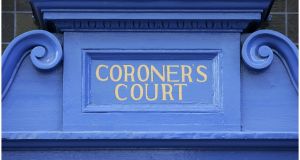 A man was found in a mummified state in a basement flat in Dublin’s Ballsbridge, an inquest heard.

A man was found in a mummified state in a basement flat in Ballsbridge, Dublin an inquest heard.

Gardaí had been seeking to speak to Ian Rowand, of Waterloo Road, Ballsbridge, for more than a year before he was found.

The father of one, a retired engineer, had split from his wife 12 years previously and they had not spoken in eight years, Dublin Coroner’s Court heard.

Mary Rowand said she was contacted by gardaí who were trying to get in touch with her husband in relation to a number of unpaid fines. She arranged to meet gardaí at her ex-husbands address on January 21st, 2015.

Gardaí had called to the address numerous times over the previous 18 months, the court heard. Concerns were raised when it became clear Mr Rowand’s potted plants had died and cobwebs were forming on the windows.

A locksmith helped gardaí to enter the house and the downstairs flat where Mr Rowand lived, which was locked from the inside.

Mr Rowand’s mummified remains were discovered in the bedroom, Garda Matthew Tracey of Donnybrook Garda station told the court. “The body was found in the bedroom, dressed in pyjamas in a crouched position,” he said.

A carton of milk with a best before date of January 2014 was found in the fridge.

Mrs Rowand said her husband had a circle of friends in the Dublin Trout Anglers Association who said they last saw him about a year before he was found. She said he had an Eircom connection but was not sure if he had a mobile phone.

Pathologist Dr Linda Mulligan carried out an autopsy but was unable to determine the cause of death due the advanced state of decomposition. Dr Mulligan was able to rule out a heart attack, stroke and a skull fracture as possible causes of death.

The autopsy revealed no evidence of trauma and no definite disease that would have lead to the man’s death.