Woman who swallowed 88 pellets of cocaine for €1,200 is jailed 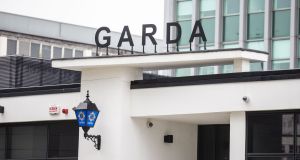 A Brazilian woman who swallowed 88 pellets of cocaine before travelling to Ireland because she was desperate for money has been jailed for two years.

Raynessa De Sousa (27) pleaded guilty at Dublin Circuit Criminal Court to having the drugs, worth an estimated €55,447, for sale or supply at Dublin Airport on September 20th 2020.

Garda Patrick Duffy told Katherine McGillicuddy BL, prosecuting, that De Sousa had travelled from Sao Paulo to Lisbon to Dublin, along with two men. Authorities in Portugal had contacted officers in Dublin and alerted them to the trio as it was suspected that they were transporting drugs.

De Sousa had no visa and was refused entry to the State. She was taken to Kevin Street Garda Station where she pointed to her stomach and said the word “cocaine”.

She was taken to Beaumont Hospital where she was x-rayed and ultimately passed 88 pellets of cocaine over a few days.

Gda Duffy agreed with Ms McGillicuddy that the drugs were analysed and confirmed to be 792 grammes of cocaine with an estimated street value of €55, 447.

De Sousa explained, with the assistance of an interpreter, that she had been promised €1,200 to bring the drugs into the country by swallowing the pellets. She said when it came to the point of actually ingesting the pellets, she changed her mind but she was threatened by others and forced to swallow them.

She told gardaí that she was a mother of a 12-year-old son and her own mother was caring for him. De Sousa described it as the “worst mistake of my life”.

Gda Duffy agreed with Anne-Marie Lawlor SC, defending, that in his experience “only the most desperate” would traffic drugs in this way due to the high risk to their own health.

He accepted De Sousa had no previous convictions and had never come to the attention of the authorities in Brazil.

Ms Lawlor said her client had come to Ireland in a desperate state and she has struggled with her mental health for most of her life. She found herself unable to care for her son and was “susceptible to earning money in the way she did” because of her financial situation.

“She was prevailed upon to engage in this with the promise of money. She didn’t want to do this when it came to the point she was being asked to ingest the drugs but there was no return from the enterprise at that point,” Ms Lawlor submitted.

Counsel said that her client’s family and girlfriend are under “real and proper bona fide threats” in Brazil.

Judge Martin Nolan said De Sousa was “desperate for money” and agreed to transport the drugs.

He said she wanted to back out at the last minute but couldn’t because of threats made to her.

“The court can accept that a person would want to be very desperate to transport drugs in this way,” Judge Nolan said before he jailed De Sousa for two years, commenting that it was “unlikely that she will re-offend”.