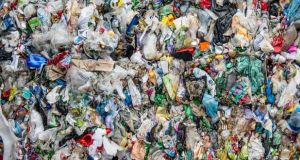 A waste management company has been fined €60,000 over the death of a worker who was crushed by a heavy vehicle while he was sorting refuse four years ago.

A waste management company has been fined €60,000 over the death of a worker who was crushed by a heavy vehicle while he was sorting refuse four years ago.

Key Waste Management employee Boguslaw Szbisty (48) died after being hit by a Manitou telehandler as he sorted through waste at the company’s site in Dublin in March 2016.

A subsequent Health and Safety Authority (HSA) investigation found that Key Waste Management failed to properly segregate its pedestrian workers from the telehandler, leading to the death of Mr Szbisty.

The company pleaded guilty at Dublin Circuit Criminal Court to one count of failing to ensure the safety, health and welfare of its employees at its site on Greenhills Road, Walkinstown, Dublin on March 18th, 2016.

The maximum penalty is €3 million. The company directors, Mark Butler and Neville O’Boyle, were both in court for the sentence on Friday.

HSA inspector Joan Flynn told Antonia Boyle BL, prosecuting, that the HSA was called to the site by Dublin Fire Brigade on the day of the accident.

The court heard that Mr Szbisty had only started working for the company three weeks earlier and his job involved manually sorting through piles of waste to remove items such as wood, metal and plastic before it was removed by a telehandler.

On the day in question, the driver of the telehandler thought Mr Szbisty and his co-worker had finished sorting the waste and left the building when he started reversing the vehicle.

The court was shown CCTV footage of the site, which showed the telehandler working close to Mr Szbisty and his colleague shortly before the collision.

The court was then shown footage of the telehandler colliding with Mr Szbisty. He was taken to hospital but pronounced dead a short time later.

Ms Flynn told the court that the telehandler should not have been working in such close proximity to the workers. The court heard the telehandler in question was missing some side and rear-view mirrors and its safety certificate was out of date.

She agreed with Ronan Kennedy SC, defending, that Key Waste had cooperated fully with the HSA and that they have since put in place a number of safety procedures to prevent another accident.

Mr Kennedy said the death of Mr Szbisty had been very upsetting and had “cast a long shadow” over the company, which had taken pride in its safety record. He told the court that Mr Butler and Mr O’Boyle were present “as a mark of respect to the deceased and the court”.

“They are deeply embarrassed both professionally and personally to find themselves before the court,” he said.

Mr Kennedy said the company had an unblemished record prior to the accident and has not come to the adverse attention of the HSA since.

“With the benefit of hindsight, the company unequivocally accepts the system in place at the time was inappropriate,” Mr Kennedy said. “It wasn’t sufficiently robust to prevent accidents.”

Mr Kennedy handed in the company’s financial records and said it was in a position to pay the fine imposed by the court.

Judge Martin Nolan said it was difficult to know what the appropriate penalty was.

“The picker shouldn’t have been on the premises when the workers were sorting the waste,” he said. But he accepted the company had taken measures to address the health and safety issues. He extended his condolences to Mr Szbisty’s family.

1 Joe Biden does not want to see guarded Border in Ireland after Brexit
2 Bloomberg ranks New Zealand top in fight against Covid-19 - but how did Ireland fare?
3 Shops, hairdressers and hotels expected to reopen next week
4 Stir-crazy Dutch holidaymakers set to descend on Caribbean island
5 Covid-19: Museums, cinemas set to reopen next week as Varadkar warns of New Year restrictions
Real news has value SUBSCRIBE