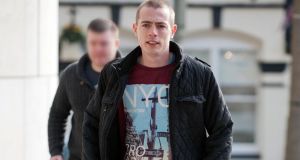 A Dublin man who broke an off-duty garda’s nose at a Swedish House Mafia concert at the Phoenix Park in Dublin last year, has received a suspended sentence of three years.

Garda Keown was at the concert with friends when a member of his group bumped into another group, including Hulgrain. One of Garda Keown’s friends had met Hulgrain previously on a holiday in Crete.

He insulted Garda Keown by calling him a “garda scumbag”, before squaring up to him and punching him in the face. He then ran off through the crowd of concert goers.

Judge Mary Ellen Ring suspended the sentence after hearing from Hulgrain’s lawyers that he had completely transformed his life since being released from custody last April into the supervision of the Probation Services.

The court heard Garda McKeown had tracked Hulgrain down through his friend’s association with him on Facebook and had presented this to colleagues investigating his complaint. Hulgrain identified himself on a Facebook page printout.

The father-of-one denied being at the gig when arrested later and told gardaí he had been “down the country” on the day.

Sgt McLoughlan agreed with Sarah-Jane O’Callaghan BL, defending, that her client hasn’t come to adverse Garda attention since August last year and had €2,750 in court as a token of his remorse.

She said her client supported his partner and their new baby and has not drunk any alcohol since the Swedish House Mafia concert.

Before passing sentence, Judge Ring noted that Hulgrain has engaged with an anger management and alcohol awareness programmes and is drug and alcohol free. She suspended the sentence on condition he keeps the peace and that he continues to work with the Probation Services.