Ex-sports coach to be sentenced for abusing 10 teenage boys 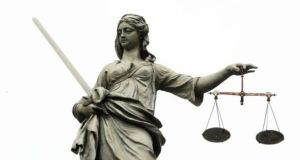 A former sports coach is facing sentencing on Thursday and Friday after he pleaded guilty to indecently assaulting ten teenage boys over a three year period in Waterford in the 1980s.

Five of the charges related to indecent assaults committed by Kenneally at his home, two took place at two other locations in Waterford and three were at places unknown.

The State alleged in the indictments that the crimes were committed by Kenneally during a 39-month period between October 31st 1984 and December 31st 1987.

No details of the assaults were given but Mr Whelan said the full facts relating to over 65 charges would be given at sentencing, which he expected would take two days to hear.

In December, Mr Whelan said gardaí had no objection to Mr Kenneally being remanded on bail for sentencing in February.

Defence counsel, Elaine Morgan SC had earlier informed the court that the penalty for indecent assault had varied according to the gender of the victim and had changed over time.

Judge O’Kelly directed the submission of victim impact statements from each of the ten complainants and he directed they be furnished to Kenneally’s legal team in advance of sentencing.

He remanded Kenneally on bail to appear again at Waterford Circuit Criminal Court on Thursday and Friday, when he will hear the evidence and sentence him for the offences.

Judge O’Kelly also ordered that no details would be published that would identify any of the ten complainants in the case.