€18,500 for child who fractured bone in foot on shopping centre escalator 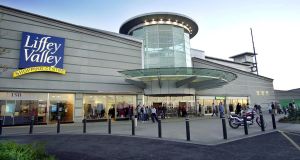 The girl had accompanied her aunt to the post Christmas sale at the Liffey Valley shopping centre, the judge heard. File photograph: Brenda Fitzsimons

A judge has approved a €18,500 settlement for an 11-year-old Co Kildare girl who seven years ago fractured a bone in her foot while travelling on an escalator.

Barrister Beth Gilhooly, counsel for Jasmine Franzoni, of Castle Village Rise, Celbridge, told the Circuit Civil Court on Wednesday that the girl’s right foot became trapped in the brush guard of the escalator in Liffey Valley Shopping Centre when she was four.

Ms Gilhooly, who appeared with Yvonne McGuirk Solicitors, said a bone in the girl’s right foot had been fractured and her foot and ankle had to be placed in a plaster for almost six weeks.

“She was very fortunate her auntie Karen Franzoni, who was with her at the time, acted quickly and was able to pull her foot free from the apparatus before an even more serious injury might have occurred,” Ms Gilhooly told Judge John O’Connor.

Judge O’Connor heard that Jasmine’s aunt had noted a number of pot plants had been placed in front of the emergency stop button at the time of the accident which occurred on 28th December, 2013. An earlier settlement offer of €12,000 had been made but this had been increased to €15,000 and later to €18,500 and Ms Gilhooly recommended that the final offer be accepted.

The girl had accompanied her aunt to the post Christmas sale at the shopping centre, the judge heard. Her injury had required immediate medical attention and she had been taken to Our Lady’s Children’s Hospital, Crumlin, where an x-ray had revealed the fracture.

The court heard that further x-rays had been taken when she attended the hospital’s fracture clinic for a check-up two days after the incident.

Judge O’Connor said she had made a full and uneventful recovery from her injury and he approved the settlement offer.