Court system could be changed for the better by pandemic 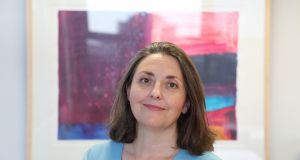 A greatly expanded number of jury trials are to be held in the Circuit Criminal Court from September, with hotels and even a GAA club being used to empanel juries so that social distancing rules can be observed, the head of the Courts Service says.

Only 12 court buildings outside Dublin have been found to be suitable for holding jury trials while observing social distancing rules, says Angela Denning. In normal times jury trials can be held in every county.

About 270 trials were delayed because of the pandemic, and while the entire backlog will not be dealt with in the period between September and Christmas, the service hopes to make substantial progress. Arraignment and sentencing hearings can continue to be heard in all county courts.

Denning says the crisis caused by the lockdown has “been like an experiment in modernisation” for the service.

Many of the measures introduced to keep some courts operating during the pandemic, such as remote hearings and a huge increase in the use of video-links to prisons, are likely to be maintained.

The Courts Service in future will be a “hybrid”, with the newer methods of conducting business persisting alongside the more traditional ways of working, which will resume as circumstances permit.

“I hate that term, back to normal, because I don’t think we will ever go back to the normal that was the case back in February.”

Denning took over the top job in the Courts Service last September. Prior to that she worked in the Department of Public Expenditure and Reform, where she was head of the Government Reform Unit. And before that she worked as a High Court registrar.

“When I came in here, part of my brief was to try and modernise the courts, not an easy task. It is an environment that is steeped in history and tradition.”

When the coronavirus crisis hit the priority for Denning and the judges was to keep those parts of the service open that would have the greatest societal impact.

Inside Business with Ciaran Hancock · Will Covid-19 spell the end of the traditional office environment?
Coronavirus Data Dashboard

Another focus was to keep the courts open for urgent family law matters. A concerted effort was made to ensure people in need of that service knew the courts were still there for them.

A lot of buildings that you might think would be suitable for holding trials while observing social distancing turn out not to be on inspection, she says. “It’s not as easy as you’d think.”

Nevertheless, the service is looking to rent buildings in the autumn and “doing a blitz” in particular areas where there has been a build-up of cases to be heard.

“The early adopters of remote technology for example, in some lists, where traditionally they only would have been only able to get through one case a day, they are now able to get through multiple cases a day. Some have taken to the new regime very quickly. It surprised me. The commercial lawyers were the first ones on board.”

The huge savings that the use of technology can create should in time pass through to the users of the courts and reduced legal fees, she believes.

“Do you need to leave your office down the country to come to court to adjourn something for three weeks by consent? You don’t. If you can do that online or remotely, there is a benefit to everyone in that. I think that ultimately it will help us to become more efficient, and eventually that will reduce costs for users. I keep saying: quicker, cheaper and easier. That is the mantra.”

“The Criminal Courts of Justice would have 50,000 or more people going in and out every month. That’s been reduced dramatically now to about a quarter, and mainly that’s due to doing video-link to the prisons so prisoners don’t have to leave the prison.”

The service held about 300 remote court sessions in the first three weeks of July, with some of the sessions dealing with procedural matters affecting hundreds of cases.

One of the noticeable features of the pre-Covid-19 courts was call-over sessions, where tens of legal practitioners would gather in a courtroom so a judge could manage progress in a list of cases, assigning hearing dates or further adjournments. These are now being done remotely or by way of email.

“The practitioners can make better use of their time. There will be less travelling. You know, where people were being charged for a solicitor for a full day because it took their solicitor a full day to travel there and back from their office. That has to reap dividends for people in the end.”

One of the surprises brought about by the crisis has been a drop of about half in the amount of time a case is taking to be heard.

Data from the video-audio recording system used to record hearings has shown this significant increase in the speed of court business.

“Maybe it’s because people don’t want to be coming in at all. If you are coming into a courtroom, you don’t know who else has been in there, so it is definitely an attitude of get in and get out as quickly as you can.”

There is no backlog in the Supreme Court or the Court of Appeal or in some areas of the High Court, such as the asylum list, because of their use of remote hearings.

Special “settlement sessions” have been held in hired buildings around the State to encourage the settlement of personal injury cases that have not as yet been assigned trial dates, and this has worked well, Denning says.

In the criminal sphere the service is expecting a large number of guilty pleas once the system begins to assign trial dates. “People weren’t pleading because their trials were not coming on,” she said. That will now change.