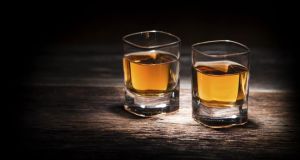 Whiskey: in February the European Commission rejected a complaint about an alleged refusal to supply Irish whiskey

The Opinion of Advocate General Bot indicating a failure by Ireland to comply with the EU Working Time Directive in respect of doctors’ hours issued on March 19th has understandably garnered significant attention in Ireland. However, the European Courts and the Commission have in recent weeks issued a number of interesting decisions illustrating the variety of areas influenced by EU law.

Two recent decisions illustrate the influence of the EU institutions on financial markets in EU Member States. In Lafonta v Autorité des Marchés Financiers the Court of Justice was asked to consider how precise information in respect of publicly listed companies must be before it is required to be made available to the public pursuant to the EU Directive on Insider Dealing and Market Manipulation. In its decision of March 11th the Court of Justice held that in order for such information to be required to be made public it need not be possible to determine whether the effect of its publication would be to make the value of shares in the company go up or down. Rather, it is sufficient that its publication would be likely to result in a change in the price of the shares in either direction.

In Joined Cases, Commission v France and Commission v Luxembourg, the Court of Justice found that both France and Luxembourg had breached EU VAT Directives by applying a reduced level of VAT to electronic books. Whereas such reduced rates are permissible in respect of conventional printed books, the Court concluded that the relevant exemption in the VAT Directives permitting such reductions is not applicable to electronic books.

Finally, in her Opinion in K v A, also on March 19th, Advocate General Kokott concluded that the EU Family Reunification Directive permits EU Member States to make the right of a non-EU national spouse to join his or her family in that State subject to the spouse passing an examination testing his or her knowledge of that country and of its language. However, the Advocate General indicated that such a system of testing must make allowances for the state of health, cognitive abilities and level of education of the individual and the availability of preparatory materials for the examination. The Advocate General further indicated that the fees for taking such an examination should not be set at such a level as to prevent the spouse from joining his or her family.