Companies Act is long overdue, but puts small firms at the centre 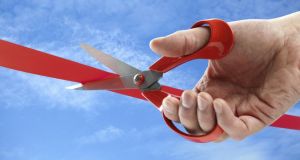 The Companies Act 2014 is expected to provide significant benefits to companies, in particular smaller firms, by reducing red tape

It’s not often new legislation comes along that is warmly welcomed by the business community. But the Companies Act 2014, which comes into effect in June, is the exception.

With 1,448 sections and 17 schedules, it is the largest piece of legislation Ireland has ever seen and its introduction will have implications for every company in the country.

The Act, which has been a long time in the making, consolidates the existing 17 Companies Acts which date from 1963 to 2013 and introduces a number of reforms, all of which are designed to make it easier to operate a business in Ireland.

It is, as McCann FitzGerald chairman John Cronin recently said, no ordinary piece of legislation.

The Act is expected to provide significant benefits to companies, in particular smaller firms, by reducing red tape and making legal obligations easier to understand. Given this, the business community’s reaction to it has been overwhelmingly positive.

“Overall, the introduction of the Act will bring Ireland right up to date in company law, help enhance our international reputation and make life easier for SMEs,” said Isme chief executive Mark Fielding.

The new Act provides for a new simplified type of private limited company with a one-page constitution, one director requirement and reduced administrative compliance obligations. It also sets out company directors’ duties for the first time and introduces a new “summary approval procedure”, bypassing the need for High Court approval for activities such as capital reductions and solvent windings up.

Furthermore, the Act offers increased flexibility in governance structure, gives private companies the ability to merge, eases the prohibition on giving financial assistance and introduces changes in the registration of charges regime to encourage banks to lend.

“The key changes include provision for a new type of company as well as changes to companies’ constitutions, governance, capacity, organisation and procedures designed to encourage enterprise, facilitate commerce and make company law obligations easier to understand. Protection of the interests of creditors and other stakeholders is retained and enhanced to promote commercial probity,” said Paul Heffernan, a partner at McCann FitzGerald.

“The Companies Act is good for business and the efficiencies it generates are important. There are some significant changes contained in it but there is also a lot in there that effectively remains the same,” he added.

According to Marie Daly, head of legal and regulatory affairs at Ibec and a member of the Company Law Review Group, which drafted the Act and made recommendations in relation to it, the Act puts private companies limited by shares at the centre of the legislation for the first time.

With private companies accounting for nearly 90 per cent of all companies registered at the Companies Registration Office (CRO), she said there has long been a disconnect between existing law and the reality of the business world.

“Irish company law was based on a model inherited from colonial Britain. Over the years we built on it but the old legislation didn’t serve us particularly well because it was largely centred on managing and regulating large PLCs and so didn’t really provide well for smaller firms. The new Act basically turns this on its head and is primarily aimed at regulating small private companies,” said Ms Daly.

Existing companies must decide, within a transition period of 18 months after commencement of the Act, whether to opt in to the new regime for private companies limited by shares (CLS) or opt out by becoming a designated activity company (DAC) or some other type of company. If, by the end of that period, a private limited company has not chosen one of these options, it will automatically become a CLS.

A recent Institute of Directors (IoD) survey indicates that 48 per cent of directors of existing private companies intend to opt into the new regime with a further 36 per cent undecided on which structure to choose.

The new legislation is long overdue, with attempts to amend company law stretching back years.

“We started to review company law before the British did and yet they finished ahead of us. We were ready to have a good go at it, but a lot of legislation was needed to cope with the fallout from the recession and this took precedence,” said Ms Daly.

“I haven’t heard any criticism about it, which is very unusual. Most of the issues that could have proven contentious have been ironed out ahead of time and it should be a smooth transition. That’s not to say that something may arise in a challenge that hasn’t been anticipated, but it’s a solid piece of legislation,” she added. Mr Heffernan echoes this view, saying it makes things clearer for businesses.

Companies have plenty of time to prepare themselves for commencement of the Act but with a long transition period, Mr Heffernan expects many smaller firms to adopt a ‘wait and see’ approach.

The recent IoD survey shows that 89 per cent of directors in Ireland have some level of awareness to how the Act will affect them or their company, but that 60 per cent are unprepared for the commencement of the legislation.

“Businesses need to get up to speed on how the Companies Act will affect them and to become aware of the opportunities in it for them,” said Ms Daly.