Bribes allegation investigated at one of Ireland's largest retailers 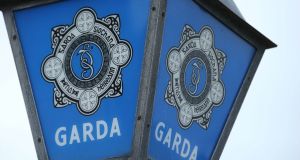 A property linked to the arrested man had been searched by members of the Anti-Corruption Unit. File photograph: Collins

A senior member of staff at one of Ireland’s large retailers has been arrested after allegations by the company that he received corrupt payments.

The middle-aged man was arrested on Thursday at his home after being placed under investigation. An audit was conducted by the retailer and it took its suspicions to the Garda and reported them for investigation.

The company was concerned over the speed at which one of its trading partners, which was supplying services to it, had significantly increased the volume and monetary value of work it did for the retailer.

After carrying out an audit and taking its findings to the Garda the retailer made a formal statement of complaint alleging that the service provider had paid money to one of its employees in return for securing more work.

Gardaí are investigating if tens of thousands of euro was paid to the retailer’s staff member by the service provider in return for more contracts, as the retailer suspects.

The Irish Times understands while it is alleged around €50,000 was paid, the value of the contracts the service provider managed to secure was worth millions of euro.

The man arrested on Thursday has been under investigation for a number of months and a property linked to him was previously searched by members of the Anti-Corruption Unit within the Garda’s National Economic Crime Bureau, or fraud squad.

Garda Headquarters, Phoenix Park, Dublin confirmed the arrest of a suspect on Thursday morning, saying the man had been detained as part of an “operation in relation to an ongoing investigation into bribery in international business transactions”.

He is being detained “under Section 4 of the Criminal Justice Act 1984 for the investigation of offences contrary to the Prevention of Corruption Act 1906, as amended”, the statement said.

“It is alleged that the arrested man, in his role as a procurement manager for a large retail business, received bribes from a supplier.

“The retailer in question reported this matter to An Garda Síochána in March 2020 and are cooperating fully with the investigation.”