Barrister defends use of court references after Humphries case

‘There’s no error of judgment’ in giving a character reference, says senior counsel 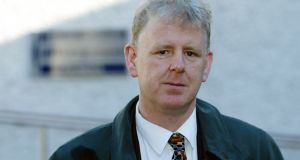 Giving a character reference in a criminal case is not an error of judgment, a leading barrister has said, in response to controversy surrounding the sentencing of Tom Humphries for child sex abuse.

Michael O’Higgins SC said giving a reference was part of the court process and did not condone the actions of the accused.

“You’re simply highlighting one particular, one discrete aspect of the case, namely that the person has done other good things and a court is entitled to take that into consideration.

“There’s no error of judgment. You’re giving a view of a person in a very narrow and very well defined circumstances, you’re not in any way saying what they did was right, or correct, on the contrary.

“The idea that anyone would think that giving a reference is an error of judgment in circumstances where they are expressly indicating they’re not condoning the criminal behaviour, but simply pointing out other aspects of the person’s character, because character is a rounded thing, I think that’s grossly misconceived.”

On Tuesday evening, Cusack announced he was standing down from the board of the State’s governing sports body as he “did not wish any controversy” to detract from Sport Ireland’s work.

He also said he would not resume his Clare hurling coaching role.

Humphries was a friend of the hurler and had ghost-written his autobiography. Prior to the sentencing, Cusack issued issued a statement saying “I showed a lack of judgement in this situation for which I am genuinely sorry”.

On Tuesday Humphries was jailed for 2½ years for grooming a girl from when she was aged 14 before sexually abusing her.

Mr O’Higgins explained that character references were most often introduced in court when the offender had no previous convictions; in those circumstances the person was coming to court with an otherwise unblemished character and would want to highlight that.

“What’s referred to in the plea for mitigation is the main points. It’s not unusual for a reference to be read out. Normally it would be referred to; it might be a paragraph extracted from each reference to give the flavour of it.”

When asked how much weight was given to references, he replied: “In short not much, they are part of the fabric.

“Ahead of the considerations, the judge [WHAT]would take into account would be the plea of guilty, the assistance offered to the gardaí during the investigation, the level of remorse, expert reports - if a report can perhaps explain underlying motivation why the crime was committed. Thereafter you have references.

“People who criticise references don’t understand the sentencing process which is that the prosecution outlines their case against the accused and its the function of the defence to highlight such points as may go to mitigating the sentence.

“Of course, if you have an otherwise unblemished character, if you can point to good things that you might have otherwise done in your life, I pose the question rhetorically:What could be wrong about highlighting that?”

Mr O’Higgins expressed concern that people would not give references if they thought they were going to be “excoriated” for doing so.

“There’s no question that a person would not want to give a reference in these circumstances if they’re going to be excoriated for it and if their action is going to be misinterpreted as in some way or other showing a lack of support for an abused child or showing some support for the actions of the abuser, but a reference doesn’t do either of those things.”

In his testimonial earlier this month, Cusack highlighted Humphries’s volunteer work with the GAA, while expressing “shock and disappointment” at his offending.

Cusack later apologised for writing the character reference. He said he was trying “to help a human in a dark place who asked me for help”.

A statement was also issued on Tuesday by Walsh who said he “unequivocally condemned” what Humphries did and had “every sympathy for the victim”.

In writing a reference he was “ not in any way condoning the crime,”, he said. “Tom did a terrible wrong for which he has now been given a custodial term”.

The head of Barnardos Fergus Finlay said anyone who was asked to give a character reference needed to employ very careful judgment.

“I think there are issues of judgment that everybody who is asked to give a character reference has to think through, and think about. You have to employ very careful judgment, depending on the crime,” he said on RTÉ’s Today with Sean O’Rourke show.

“In this particular instance it is absolutely clear that Tom Humphries used his position of trust for abusive purposes, and anyone asked to write a character reference for him has to take that absolutely into account.”

When asked about the duration of the sentence imposed on Humphries, Mr Finlay said he was reluctant to second guess a judge. However, he said he could not see any basis on which the sentence could be described as anything other than “incredibly lenient”.

“This was a piece of calculated, purposeful, deliberate criminality over a long period of time that destroyed the life of a young person.

“We have now changed the law - there’s a new piece of law The Criminal Law Sexual Abuse Act of 2017 - it was designed and passed to deal with almost precisely these kind of circumstances, grooming of children, use of technology and so on.

“It could not be used in this case, but it does indicate a sense in which sentences are now a bit out of touch with the law as it currently stands.

“It is arguable that if a person were tried for grooming someone using a mobile phone to the point where they have made that person amenable to sexual abuse, controlling that person’s life, that child’s life, if they were tried today under that new legislation the judge would be looking at a maximum sentencing of 14 years and I suspect the sentence would be an awful lot higher than the sentence that was handed out in this case,” Mr Finlay’s said.