Almost 2,000 child abuse websites to be blocked under new initiative 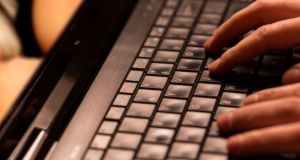 Almost 2,000 websites containing child abuse material will be blocked in Ireland under a new agreement between the Gardaí and internet service providers. Photograph: iStock

Almost 2,000 websites containing child abuse material will be blocked in Ireland under a new agreement between the Gardaí and internet service providers.

The new blocking initiative will mean subscribers who enter a web address that contains child abuse material will be redirected to An Garda Síochána’s “stop page” and notify the user that they are attempting to view illicit material.

In order for a website domain to be blocked, it must be on the Interpol “Worst of” list (IWOL), which contains domains that provide the most severe child sexual abuse material available on the open web.

These websites contain images and videos which feature real children, who are, or appear to be, younger than 13-years-old and the abuse is considered to be “severe”.

The domains on this list are verified by Interpol and An Garda Síochána cannot create the list or make any alterations to it.

A Garda spokesman said the purpose of preventing access to such pages is to protect consumers, including children, from viewing documented child sexual abuse material, and to prevent the further exploitation of children who have already been abused and photographed or filmed.

“Child abuse material on the internet is an exploitative and demeaning crime. It is a child abuse offence, which has pathways to the contact offending of children,” he said.

“The continued introduction of blocking child abuse imagery in Ireland, protects children in our communities by reducing demand, it increases their protection and facilitates a concentration of policing resources towards those who seek to harm children online.”

Under this agreement, the personal data of those seeking to access these sites is not obtained, or transferred, by either the gardaí or the internet providers.

However, it is at the discretion of the internet providers to record the number of attempts made to access blocked websites.

In 2014, UPC, now Virgin Media, signed a memorandum of understanding with the gardaí regarding the blocking of child abuse material.

The decision to extend the initiative to the providers with the “largest share of the market” was included in the Government’s Action Plan for Online Safety.