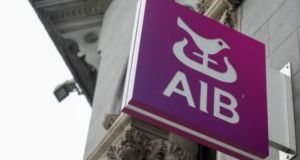 The number of reports of fraudulent texts being sent to customers rose by 132 per cent during the first 20 days of January when compared to the same time last year, with gardaí expecting this figure to rise further. They are advising any customers affected to contact their bank immediately.

The texts appearing on customers’ phones claim to come from AIB and encourage people to click on a link and input codes from their card reader or share their One Time Passcode. The messages sometimes claim a fraudulent transaction has taken place or advise that a customer may have been locked out of their account, according to an Garda Síochána.

In a screenshot released by gardaí, the scammer’s message informs the customer that a payment has been attempted from “your account beneficiary” and asks whether the bank account holder authorised the payment. “Not You?” it asks, before directing the customer to review the transaction by following a provided link.

Gardaí and AIB are advising users never to disclose their registration number, personal access code or card information after clicking on a link in a text message and to never generate codes from their AIB card reader to cancel transactions.

One-time passcodes should never provided if cancelling a transaction and AIB will never ask you to click on a link, said gardaí, adding the same advice applies to customers from other banks. Texts from AIB will also never ask you not to log back into your account, they added.

Gardaí have also warned some customers – particularly younger, more vulnerable account holders – may be approached by scammers to act as “money mules” and told they will receive money into their account. This is “stolen money” and by accepting this cash you are committing a money laundering offence, said a Garda spokeswoman. “Do not withdraw or transfer any money that is lodged. Tell your parents, teacher, report it to your bank and gardaí. If you act as a money mule you will be arrested.”

The spokeswoman advised younger users that their banking identity could be stolen to illegally withdraw money from their account and that allowing this to happen carries a prison sentence of 14 years.

Any person who is convicted under the 2010 Criminal Justice (Money Laundering and Terrorist Financing) Act could end up on terrorist watch lists, will not get a visa to work in the United States, Australia or the Middle East and will struggle to get student loans, other types of loans, overdrafts and mortgages. Those convicted could also struggle to find work as convictions will affect vetting applications for work with charities or sports clubs, she said.

By allowing a person to place illegal money in your account, you are helping international criminal organisations to commit crimes such a financing terrorist activities, the trafficking of humans or drugs, and even wars, said the spokeswoman.