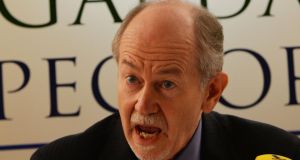 The Garda does not have basic technologies and other resources it needed to function properly, the head of the Garda Síochána Inspectorate has said.

The force is so strapped for resources it is transferring Garda vehicles from urban to rural areas in an effort to get as much mileage from them as possible, according to chief inspector Bob Olson.

Mr Olson said he was “very, very much concerned, having been a cop all my life” at recent revelations that lack of resources meant computers containing images of child sexual abuse had not been properly examined. This had led to the delay or derailment of some criminal cases.

“The Garda Síochána doesn’t have the tools that they need to do the work they need to do,” Mr Olson said yesterday. “It causes them to have to expend much more resources than, say, a stateside organisation would have to, [which] has the technology.”

A computer-aided dispatch system to co-ordinate sending gardaí to scenes was required, as was a new records management system and new technology to aid human resources. He said the Garda fleet of vehicles was aged, an issue which needed to be addressed urgently.

“It’s a financial time bomb just ticking away. The guards are doing a great job in getting some jobs done in spite of the resources they don’t have. But the vehicle fleet: they’ve been shuffling them around, which is a smart move, urban to rural to get more mileage out of them. But all it means is that they are all going to crash at the same time and there’s going to be a big bill to pay. It’s troublesome.”

Mr Olson joined the inspectorate as deputy chief inspector under Kathleen O’Toole in 2006. He served for three years before returning to the US. He took over from Ms O’Toole in 2012.

The inspectorate is one agency of the Garda oversight system established following revelations of Garda corruption at the Morris tribunal. It examines all aspects of policing in the Republic and makes recommendations for change to the Garda and Government.

While in New York he was injured when a bomb exploded in his car as he opened the door. The attackers were never identified, although he said he was investigating corruption between unions and “city hall” at the time.

In an interview on Today with Seán O’Rourke on RTÉ radio, Mr Olson said while he had always enjoyed the support of the Department of Justice in his current post he had never held a meeting with former minister for justice Alan Shatter despite making “three or four” approaches. “I wasn’t going to push it. We had plenty of work to do,” he said.

His “overall sense” of the penalty points system when it was reviewed by the inspectorate after the recent whistleblowers controversy was that it was antiquated and not transparent. Those shortcomings aside, it was not being managed well.

“Needless to say, I wouldn’t have treated them that way if they were somebody in my organisation,” he said when asked about the way Garda whistleblowers Sgt Maurice McCabe and John Wilson had been treated. The culture the whistleblowers met was “not something you change with a couple of policies and it’s fixed next week”, he said.

Mr Olson said he was admired of the fact the Garda was unarmed. “An Garda Síochána and the people of Ireland should hang on to that for as long as they can. Don’t go down the firearms road that the United States has done.”