Our five-grand challenge – which tells consumers how to save more than €5,000 a year – ends today with advice on cutting holiday costs. Read the full series on irishtimes.com. It is also the last chance to win €5,000 in our related competition (see Monday’s paper) 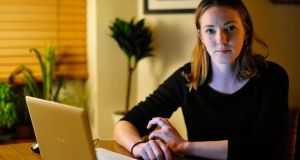 Aisling Jones: arranging car hire in advance kept transport costs to about €30 a person for the week, including petrol. Photograph: Aidan Crawley

Irish holidaymakers spend about €1,000 on their summer holiday overseas. While that figure includes the cost of getting to a destination and staying there, it doesn’t include spending money – and many people would spend a grand during two weeks away.

That is, by any measure, a substantial pile of cash, but it’s only the starting point. A family of four, taking a fairly modest two-week holiday somewhere in Europe next summer, will need to find about €5,000. The challenge this week is to knock at least 10 per cent of that bill.

1 Fly on a Tuesday

The easiest way to make savings on flights is to change the day you leave. We are conditioned to start our holidays on a weekend, but if you are not taking a package holiday there is no reason to do this.

If a family of four can arrange a two- week summer break from a Tuesday to a Tuesday, they can cut €500 from the cost of the flights alone.

When it comes to flights, remember that you don’t have to take the same airline to and from your destination. If it works out cheaper to fly out with Aer Lingus and home with Ryanair, then do. Keep an eye on Ryanair’s flash sales on Twitter and remember that Aer Lingus seems to have a sale every other week.

Bear in mind that “budget” airline tickets are at the lowest price two or three months before departure, after which they become a lot more expansive.

Book airport parking in advance and online; it would be a shame to make all those savings on flights and then waste money by not being organised with your parking.

Too many of us are slaves to our motors. We automatically rent cars while overseas. If you rent a fairly small family car for two weeks it will add at least €500 to the cost of a holiday. If you pick destinations where car hire is unnecessary, and use public transport, that expense disappears. If you need to go on day trips, hire a car for a couple of days in the middle of your holiday rather than for the duration.

If you rent a car for just three days of a two-week holiday, you will save yourself at least €250.

Most adults are familiar with online coupon services such as Living Social and Groupon. Don’t let the seemingly never-ending stream of teeth-whitening deals put you off: these online services still have their place, especially in relation to holidays.

If you sign up to every deal site you can find in your destination about six weeks before you depart, you will be able to eat for less and take advantage of discounted activities. With Google Translate doing the hard work for you, you won’t even need the local lingo to secure your deals. You could easily knock €200 of the family spend without too much trouble.

If you are staying at a hotel in a city, it is very easy to cut your costs. Never go with the B&B option in hotels in Europe; breakfast in a bar is better and cheaper. Use public transport rather than taxis; it is cheaper and will give you a much greater sense of a city’s scale.

The best and best-value restaurants are just a little of the beaten track. A horrible meal on La Rambla in Barcelona will cost you €20. A lovely one 100m down almost any side street will cost half that. It is the same in every city you go to. Consider a house or apartment stay over a hotel; sites such as Vacation Rental By Owner (Vrbo.com), Airbnb.com and Homeaway.com are reputable and increasingly popular with short-term visitors.

If you are going to stay in a hotel, remember that a lot of hotel booking websites are owned by the same company. Hotels.com, Expedia.com and Venere.com are the same company, so checking all three to tick the “shopping around” box is pointless, as the prices will almost certainly be the same.

Instead, go to Trivago.ie or Travel supermarket.com. They aggregate all the other hotel booking sites in search of the best price.

Always check the hotel’s own site to see if it is cheaper. We also love the secret deals site Hotwire.com. You select the number of stars you want and an approximate area and you book and pay for the hotel, sight unseen. We have never been badly burned.

Don’t change money at airports, at cash desks or at ATMs. You will lose out. An Post offers good value for money for major currencies. Whatever you do, if you have to buy a different currency, never do it in an airport and don’t believe signs that say “commission free”.

Download the app Free Wifi Finder. It uses GPS to find wifi hot spots all over the world. And use the Skype or Viber app to make calls at no cost.

11 Shop around for travel insurance

You can knock €30 or €40 off the annual cost of a policy no problem. Sites such as Comparetravelinsuranceireland. com do the donkey work for you. If you take more than two holidays a year, it is much cheaper to get a multitrip policy.

Do not leave home without a European Health Insurance Card (Ehic). It is not the same as travel insurance, as repatriation is not covered, but it will cover you for medical costs across the EU.

HOLIDAY PLANNING: HOW TO ORGANISE A HOLIDAY WITHOUT BREAKING THE BANK

Last year, Aisling Jones organised a trip to Spain and Morocco with eight friends. What made this holiday different wasn’t the planning involved, but the budget: she was saving to study a higher diploma in primary education with Hibernia College.

“On previous holidays, I would not have searched as hard because I wasn’t as conscious of what I’d be spending,” says Jones (29), who also works for a medical supplies company in Sandyford, Co Dublin.

First, she found flights to Malaga on sale with Aer Lingus for €160. Scouring Airbnb led to a “spectacular” house with a pool and lemon grove just outside of Estepona, which worked out at €22 a night each. Arranging car hire in advance kept transport costs to about €30 a person for the week, including petrol, while everyone contributed €70 to a kitty for food and drink. The one meal they ate out, she adds, was the least enjoyable of the trip.

“If you go shopping with eight people, everyone’s going to throw in all the snacks and stuff they want, so you have to nip that in bud,” she says, laughing. “Every morning we’d decide who was going to cook that day and wrote down exactly what was needed.”

For the second leg, the group took a boat to Tangier and stayed at a traditional Moroccan B&B, which worked out at €15 each a night. They sampled street food by day and avoided tourist spots for dinner, with mains typically costing less than €8.

This year, Jones applied similar planning to a holiday with friends in Kinsale, renting a converted church (€30 each a night) and sticking to a budget of €100 for a week’s food and drink. “The main thing is spending time together away from home,” she says. “You don’t really need to overindulge to make the most of that.” Cian Traynor

Can we help you save €5,000 a year without draining the colour from your life? We think so. Austerity has forced most consumers to reduce spending already, but many of us can cut our living costs further.

1 Church closes its doors after flouting public health rules
2 All students will not return to school even if social distancing rules are relaxed - McHugh
3 Emily Maitlis thanks BBC viewers for support after Cummings row
4 ‘Stick to the guidelines’ - People warned not to gather in crowds as sunny weekend approaches
5 Miriam Lord: Taoiseach is trapped in a Zoom session from hell
Real news has value SUBSCRIBE