‘Should I keep tomatoes in the fridge?’ and more of life’s big questions 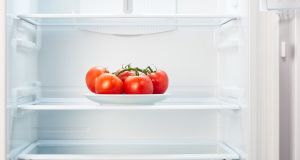 Should tomatoes be kept in the fridge? Only if you want to destroy their flavour. Photograph: iStock/Getty

In the first of what might turn out to be an occasional Pricewatch feature (or not, depending on what you think) we opened the floor to random questions with a consumer focus. These are just some of the queries that have arrived by social media, email and telephone, and on the street.

Mostly because the numbers are meaningless, at least when it comes to women’s clothes. Clothes sizes as we (sort of) know them now became a thing only in the 1920s, when mass-production techniques meant chain stores could sell huge amounts of off-the-peg clothes. In the late 1930s, in an effort to create a standard system, the United States government embarked on a survey of women’s measurements. War and other distractions intervened, and it took almost 20 years for a commercial standard to be published. It combined figures for bust, height and hip. The system was almost immediately out of date, as body shapes had changed a lot between 1939 and the 1960s. They have continued to change both in the US and here, which is one reason for the size free-for-all. To add to the confusion, sizes in the US, Ireland, the rest of Europe and elsewhere are all different, so a US 6 can be an Irish 8, a French 36 or a Japanese 9. Making things even worse, some clothes makers and retailers use vanity sizing: their 10s, 12s or whatever are cut more generously than they once were, to make shoppers who try on the clothes feel better about themselves and therefore more inclined to buy.

Why does a wine bottle have a dimple at the bottom?

That indentation is called a punt, and there are all sorts of theories about why it exists. It could be that the punt was a place to put a thumb when pouring the wine or that it was used to collect sediment or strengthen the glass or make it easier to chill. The one we reckon stands up is that it is used to create the impression that there is more wine in a bottle than is actually the case.

Should eggs be kept in the fridge?

That depends on where in the world you are and whether your eggs have been washed. In the US and Japan, authorities insist eggs be cleaned before being sold to the public, to reduce the spread of salmonella from the gunk sometimes found on shells. In the EU, on the other hand, regulations forbid washing, on the basis that it damages the egg’s protective cuticle, the covering that blocks the shell’s pores and so stops harmful bacteria entering the egg. In Ireland, therefore, you probably don’t need to refrigerate your eggs. That said, most fridges have egg holders, which are as good a place as any to store them. But remember, if you do keep your eggs in your fridge, you should bring them to room temperature before cooking, so they don’t end up runnier than you like them. Although we can’t even begin to imagine a world in which we would have the patience to allow eggs to slowly warm up before whacking them in the pan.

What about tomatoes? Should they be kept in the fridge?

Absolutely not. According to the American journal the Proceedings of the National Academy of Sciences, tomatoes are very sensitive to low temperatures. Your fridge will reduce the activity of their enzyme-producing genes and permanently degrade their flavour. So store them at room temperature and eat them before they start to rot.

Is a potato a vegetable?

Well, it is obviously a vegetable, but what the reader who sent this question was asking was if a scoop of buttery mash constituted one of your five – or 10, is it now? – a day. The answer, sadly, is no. Despite being entirely natural and full of vitamins and minerals, they are a starchy food. So nutritionists cross them off the good-vegetable list and lump them in with pasta and rice, as a carbohydrate.

Is a tomato a vegetable?

No. And neither is a courgette or a pumpkin. According to nutritionists writing on the Mayo Clinic website, “a fruit is the part of the plant that develops from a flower. It’s also the section of the plant that contains the seeds. The other parts of plants are considered vegetables. These include the stems, leaves and roots – and even the flower bud.” Other fruits you may not consider fruity are avocados, beans, pea pods, corn kernels, cucumbers, grains, nuts, olives, peppers, pumpkin, squash and sunflower seeds.

How long does a bottle of wine last after opening?

As long as it takes to drink it, which in our case isn’t very long. But that is probably not what this question means. If you put the cork back in a bottle of unfinished wine and stick it in the fridge – red included – you limit the wine’s exposure to oxygen, heat and light; a bottle should last from two to five days, with wines with more tannin lasting longer. If you forget to recork and refrigerate it, it might be gone before you wake up on the morning after the night before.

Is cheap suncream as good as expensive suncream?

Yes. According to the British consumer group Which? price is rarely an indication of quality with suncreams, and it has repeatedly found that own-brand products from the likes of Aldi, Lidl and Tesco fare very well compared with branded rivals. In fact, if you spend more on a bottle, you might use it more sparingly and give yourself less protection than if you used a cheaper bottle.

Are generic painkillers as good as branded ones?

Yes. The only difference between an expensive, branded painkiller and a very cheap generic one is the price, because both are made with the same active ingredients and have to pass the same stringent tests set by the authorities. Not long ago the BBC Two series Trust Me, I’m a Doctor looked into this topic and examined painkillers containing ibuprofen. The ingredients were identical and the rate at which the tablets dissolved, which determines how quickly the drugs enter our systems, were broadly similar, too.

If a steak has a use-by date of today and I cook it, will it still be okay to eat tomorrow?

Ah, yeah, it’ll be fine. Cooking a product that is just about to pass its use-by date typically extends its edible life by two or three days.

Why is a pint of Guinness always much cheaper in rural Ireland?

We asked the president of the Vintners’ Federation of Ireland, Pat Crotty, for his view. The Kilkenny publican pointed to higher rates and labour costs, among other things, in the capital, and said that all publicans have “different cost bases and different models, and businesses have to be profitable at the end of the day”. He did, however, accept that many Dublin publicans charge higher prices simply because they know the market will bear it and because their drinkers may not be as price sensitive as their rural cousins. In small towns, if one pub starts raising prices dramatically compared with its neighbours’, the disquiet of its patrons will soon become clear, which would be very bad for business.

Can you refreeze food that has been defrosted?

It depends on the food, how long it has been defrosted and what temperature it has reached. If you leave your freezer open overnight and the contents have gone a bit soft but are still very cold, just close the door and you’ll be fine. Even meat that has defrosted can be refrozen as long as it has not reached room temperature, although there will be a loss of quality, as, according to Bord Bia, “freezing creates ice crystals within the structure of the meat (as meat contains a high percentage of water). These ice crystals rupture the fibre, which causes the meat to bleed when defrosted. If repeated, the texture of the meat will be very dry.” It advises against refreezing meat. And it stresses that once the meat reaches room temperature, refreezing is a definite no-no.