In the battle of the brands, an ever more complex own-brand juggernaut is a threat to even the most established names 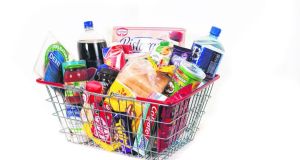 The latest Checkout Top 100 Brands rankings may not appear to have changed all that much from previous years, but scratch beneath the surface and there’s a complex array of stories to tell.

Compiled in association with Nielsen from sales of more than 6,500 brands across 200 product categories, the annual top 100 is a comprehensive barometer of the biggest- selling brands in the grocery space, and it is unsurprising to see so many familiar names populating its upper tier. Coca-Cola tops the list (for the ninth year in a row), followed by Avonmore in second, Brennans third, Lucozade fourth and Cadbury Dairy Milk fifth.

But far from being a popularity contest, the full list reflects the challenging market conditions in which the biggest grocery brands compete. As Ireland’s largest retailers grow, brand owners need to adapt to cater for both the needs of their target audience and the demands of supermarket buyers.

They need to be capable of delivering value while maintaining continuous product innovation. They need to ensure their brand – and not their competitors’ – retains “front-of-mind” status with consumers. And increasingly, they need to be aware of an ever more complex own-brand juggernaut that threatens to derail even the most established of brands.

Thus, the Checkout Top 100 Brands is more like a set of intertwining brand “stories”, a barometer of how successfully Ireland’s biggest-selling operators have been able to traverse the competitive retail landscape. Among the most visible trends is the brands’ market share being eroded by own-brand gains. Milk, a staple of most shopping baskets, is arguably the category that has seen the leading brands’ market share eroded most significantly.


Own-brand alternatives
While the category leader, Avonmore, has retained second position in the top 100, the growing prevalence for own-brand bainne has led to a slide in sales for the likes of Premier (down nine places to 57th) and Connacht Gold (down 14 places to 97th). The Dawn brand, which was placed 88th last year, slips out of the Top 100 altogether.

The fact that yoghurt brand Danone slipped two places this year, from eighth to 10th, is notable when you consider its close rival Glenisk has risen 13 places to 39th, its highest position to date.

With value being such a strong part of the consumer mindset, brands that have been able to communicate added-value credentials have prospered.

The most striking example of this is MiWadi, which was placed 62nd this year, up from 75th in 2012, and 89th the year before. The reason? A bottle of MiWadi lasts a lot longer than its carbonated rivals in terms of family refreshment, in the eyes of many consumers.

Innovation and new product development is crucial for all brands in the top 100 – or at least it should be – but some brands have been able to capture the consumer zeitgeist better than others. Innocent (30th) famous for its smoothies, is now breathing down the neck of rival Tropicana (29th), having invested heavily in its fruit-juice range. Similarly, Andrex (up 17 places to 72nd) has been able to turn around brand declines in the toilet-tissue category, thanks to new launches such as Andrex Eco and the Puppy Points loyalty programme.


Building momentum
With long-term planning restricted because of the uncertain nature of the market, brand momentum can often be short-lived. An example is Volvic (47th this year), which overtook its domestic rival Ballygowan (40th) last year for the first time, but has slipped behind once more following the latter’s recent relaunch.

As the ranking is based on value sales rather than volume shifted, certain brands are more susceptible to the discounting tendencies of rival supermarket groups. Seasonal lines such as Easter eggs and tinned sweets are always likely candidates for discounting, as supermarkets seek to drive footfall around key purchasing periods. For example, Cadbury Roses, subjected to a price war in the run-up to last Christmas, slides 11 places to 75th on the list.

Some brands may be on the scene for some time but take a while to achieve critical mass. Along with Glenisk and MiWadi, other brands that fall into this category are Dr Oetker, which is slowly creeping up (88th this year) after appearing in the list for the first time only in 2011, and Cully & Sully, a debutante this year (91st), which has been boosted by its recent takeover by Hain Celestial food group.

Of course, the one strand that unites all brands is the need to communicate. Brand communication used to be very much a one-way conversation: we bought brands because they told us how and why they were different.

Now, driven by the growth of own-brand, the blurring of the lines when it comes to the price-quality ratio, and the embedding of social media in the public consciousness, brand communication has become a far more complex beast.

For one thing, the parameters have changed. The advent of mobile communications and “multi-screening” (for example, watching a TV programme while communicating about it via Twitter) has meant that even “traditional” forms of advertising are not what they used to be. Smartphone proliferation is at an all-time high, consumers are reading fewer newspapers, and more people are shopping online.

Yet traditional advertising mediums remain core to fast-moving consumer goods brand messaging. Whether through TV, press, outdoor or radio, brands communicate best when they fit into the fabric of everyday life. Despite restricted advertising budgets, that often means cross-platform coverage. Brands that put all their marketing eggs in one basket – often, at the moment, digital – risk alienating the proportion of their target audience that only surf the net on occasion.


Customer loyalty
In the retail world, these parameters were set a long time ago. Following the recent announcement that Superquinn is to be amalgamated into SuperValu, I chatted to Feargal Quinn about the formation of the once-great retail brand. As he explained, much of the retail environment of the early 1960s (Superquinn’s first outlet, in Dundalk, opened in 1960) had been based around a simple idea: when a customer comes into your shop, you may not see them again, so try to extract as much money from them as you can. Quinn changed all that, establishing both customer loyalty and the “shopping experience” as key revenue generators for the retail industry.

Brands that adopt an experiential approach, and can successfully engender customer loyalty, are the ones that will prosper best in today’s often bloodthirsty environment.

Arguably the most successful brand initiative so far this year, Coca-Cola’s “Share a Coke with . . .”, is essentially a social media campaign rewired to fit the fast- moving consumer goods landscape. While this imaginative promotion has no doubt proved a nuisance for shopkeepers seeking to keep their fridges organised, it has introduced a level of personality into the brand-customer relationship that would have seemed unimaginable years ago.

Let’s not forget that Coca-Cola is the biggest-selling grocery product in the country. You would think a brand that has occupied such a lofty position for close to a decade now wouldn’t have to make that sort of marketing investment. You’d be wrong.

Food brands in Ireland: The top 20