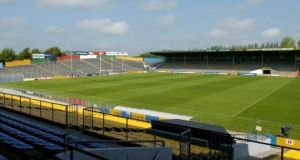 A food stand at Semple Stadium, Thurles, was hit with a closure order in September.

A live rat coming from a drain after a tap was turned on, black mould engrained on chopping boards and flies mixed into dough were some of the reasons shops and restaurants fell foul of food safety inspectors last month.

Restaurants and food outlets trading in Dublin, Kells and in Semple Stadium in Thurles were among the food business to be rapped across the knuckles by the Food Safety Authority of Ireland (FSAI) which issued a total of eight closure orders and one prohibition order in September after uncovering breaches of Irish and EU food safety legislation.

Closure orders were served on Echemas Trading Store on Upper Gerald Griffin Street in Limerick; the Khyber Garden on Market Street in Kells; the Oldcourt East Baker on Main Street in Castlelyons, Co Cork; the Bengal Indian Foodstall which trades at Semple Stadium in Thurles; Kings Takeaway in the Bayside Shopping Centre, Sutton; Super Ketones shop on Prospect Hill in Galway; the Mint Leaf restaurant on Lower Drumcondra Road in Dublin and Baby Pure Water in Navan, Co Meath, which was also served with a prohibition order.

“Rat droppings were evident in the boiler room off the kitchen and on the floor in the dry goods food storage area,” inspectors who visited the Khyber Garden on Market Street in Kells said in their report. “A live rat was observed in the rear yard beside a defective open drain. The rat emanated from the drain when the tap at the kitchen sink was switched on,” it continued.

“The kitchen opens directly onto the yard area and the kitchen door was wide open at the time of the sighting of the rat. The evidence of rat droppings and sighting of a live rat at the time of inspection, pose a grave and immediate danger to public health and the risk of contamination of food with pathogenic bacteria and foreign matter.” It added.

The Mint Leaf Restaurant in Drumcondra was issued with an order after chopping boards and a preparation block in the main kitchen were “extremely dirty with engrained dirt and black mould present”.

The report also said the chopping boards and block “were so defective that they were not of a condition that was easy to clean”.

The raw meat preparation area was deemed to be unsuitable due to inappropriate finishes to the floors, walls, ceilings and the absence of a wash hand basin while a storage shed to the rear of the property is not suitable for food preparation.

After visiting Oldcourt East Bakery in Cork, inspectors issued a report saying there were “numerous flies, crawling insects and cobwebs observed on surfaces and equipment” and “four flies were observed in a mixture of dough”. The report also described the main bakery and associated areas as being “filthy with an accumulation of dirt and old food debris evident in many areas”.

Among the reasons given for the closure of the Bengal Indian food Stall at Semple Stadium in Thurles were the absence of water for washing food, utensils or hands. There were dirty chopping boards observed and no protective clothing worn by staff. Inspectors also reported inadequate refrigerated storage for food and food was stored uncovered on the ground.

Inspectors who visited Echemas Trading Store in Limerick found evidence of rodent droppings and gaps between the base of the rear door and the floor which “would allow for the entry of rodents into the premises”. They also observed holes in the ceiling of the sanitary accommodation while wall and floor junctions “were filthy with crumbs, dirt and droppings noted. “A lot of flying insects were also noted in the premises,” the report said.

A food business operated by Baby Pure Water in Navan was issued with a closure order over concerns that it was extracting, bottling and distributing water without having in place permanent procedures to prevent, eliminate or reduce to acceptable levels certain hazards

“Critical control points essential to prevent or eliminate hazards or to reduce hazards to an acceptable level have not been identified,” the inspectors said.

Commenting on the latest report, the chief executive of FSAI Dr Pamela Byrne emphasised that food businesses owners must ensure that training their staff in food safety and hygiene is their highest priority.

“It is very concerning to see that the reasons for closure orders this month were mainly due to filthy conditions and unhygienic practices,” she said. “It is essential that food businesses have a strong food safety and hygiene culture in their business, which can be achieved through ongoing training of all members of their team. Failure to recognise the importance of food safety in a food business reflects poorly not only on that business, but also on the entire food industry.”