Irish confectionery for the week that’s in it 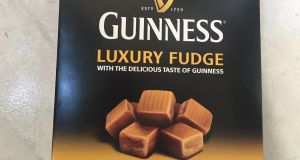 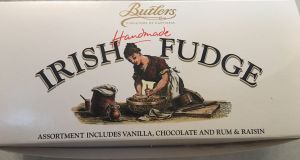 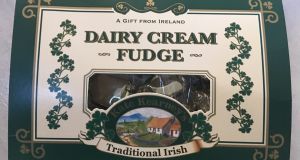 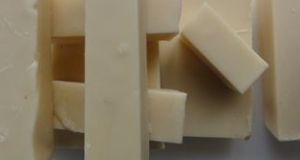 Pricewatch decided to review something with a hint of Irishness given the week that’s in it. We went to Carroll’s gift shop for inspiration. There was a lot of Irish fudge on the shelves so we thought we would give it a try.

This Guinness effort is one of the oddest sweets we have ever tried. It looks like fudge, has the texture of fudge but tastes almost exactly like Guinness. That might not be to everyone’s taste – the little ones Pricewatch enlists to help with the tasting are not overly keen – but we quite like it. The stout drains it of any excessive sweetness and gives it a unique flavour.
Verdict: Pleasingly unusual.
Star rating: ★★★★

The box promises a mix of vanilla, chocolate and rum and raisin. We like the variety (the chocolate ones are particularly popular in the Pricewatch house). The rum and raisin fudge is very strong; you would really need to have a taste for the hard stuff to eat more than one of them. Some of the tasters think the vanilla fudge is too sweet, and in terms of texture, all the options are on the chewy side and lack the graininess of really good fudge. The ingredients list is relatively pure, which was to its credit.
Verdict: A decent mix.
Star rating: ★★★

KATE KEARNEY’S CREAM FUDGE
€4 for 200g, €20 per kg
This product is probably not aimed at Pricewatch. Indeed, it is probably not aimed at anyone from the Emerald Isle (to use the language of the brand) but that is what happens when you do your shopping in Carroll’s. Begorrahness apart, we are not overly keen on this fudge, even if it was inspired by Kate Kearney and “celebrates the Irish tradition of hospitality”. It is almost toffee-like in its consistency, which does not appeal to us, and it has a lingering aftertaste that is not to our taste either. It is not a bad product, but it is too sweet and too chewy for us.
Verdict: A decent mix.
Star rating: ★★

MAN OF ARAN VANILLA FUDGE
€9.50 for 330g, €28.78 per kg
Years and years ago we reviewed this brand and it finished on top of the pile. And it finishes on top of the pile again this time out. That it comes from a small (but growing) producer from the west of Ireland is another plus. It is rich and creamy, and one square will keep you going for a long time. This fudge is to be found in farmers’ markets around the country and also at manofaranfudge.ie. It comes in all kinds of flavours. If you are a fudge fan, buy this product.
Verdict: The best of the bunch.
Star rating: ★★★★★