Gay Byrne and Brexit: What Ireland talked about most on Facebook

Conor McGregor and Maura Higgins the most popular Instagram accounts 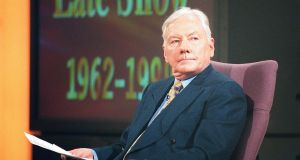 From the predictable - Brexit and the Game of Thrones finale - to the less predictable - Fortnite World Cup and Lady Gaga at the Oscars - Facebook has just released its most talked about topics of 2019.

It is the time of year for round-ups and look-backs and the social media giant wastes no time examining its own platforms to capture the 2019 zeitgeist.

It does so, it says, in an anonymised and aggregated way to identify topics and moments that were unique to the year passed.

The ‘Year in Review’ breaks down the most talked about Facebook topics by month, and the most followed accounts and hashtags on Instagram. They were:

May: Game of Thrones finale