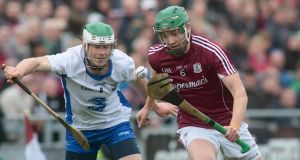 Above, Waterford and Galway clash in the league earlier this year. Photograph: Mike Shaughnessy

Tickets for Sunday’s All-Ireland hurling final are being sold at face value on one of the State’s main resale platforms .

The Galway-Waterford decider is officially sold out and the only tickets that have appeared for resale on donedeal.ie are selling for no more than the €80 they would have cost the original purchaser. This is because of an agreement reached between the GAA and the website to block the sale of tickets at inflated prices. A ticket for next Sunday’s game, which was listed for sale at face value on the website on Monday evening, was quickly snapped up.

The GAA’s head of communications Alan Milton described the deal as an example to other ticket resellers. “DoneDeal has agreed not to list tickets selling for above face value, and I think our relationship with that site should be regarded as a beacon by other platforms.”

However, one seller on the website on Monday evening was asking those interested in buying two Hogan Stand tickets for the final to “message with offers”.

There are also several adverts looking for tickets for Croke Park, including one, from a Galway person, offering “tiling works to the value of €200” for two tickets.

On Monday evening no tickets for the match were selling on either of the two other large-scale ticket resale sites Seatwave or Viagogo.

Mr Milton repeated the warning that the GAA would be policing all online platforms where tickets might appear for resale and would cancel any selling for more than face value.

Earlier this month the GAA cancelled tickets being resold online above face value for the football semi-final between Dublin and Tyrone, and anyone who bought such tickets would have been unable to get into Croke Park yesterday, as the unique barcodes would not have scanned.

Mr Milton warned people against selling tickets at vastly inflated prices in the run-up to the hurling final, and urged those in the market for tickets not to take the risk of buying them.

“We are monitoring all the websites every day,” he said. “We have absolutely no problem with people selling tickets at face value. We know plans change and people can’t go for whatever reason, but we are determined to clamp down on touts. It is something we are very passionately opposed to.”

He said demand for tickets was always intense in the run-up to both the hurling and football finals, but added that there was even greater pressure on this year’s hurling final because of the teams involved.

“Galway always gets a huge amount of supporters coming home from abroad, so that is one factor, but you also have the drought. Supporters don’t want to miss it when the drought for their team ends, and that drought is going to end for one team this Sunday,” he said.

Galway last lifted the Liam McCarthy Cup in 1988 while Waterford supporters will have to cast their minds all the way back to 1959 if they want to recall the last time their team climbed the steps of Croke Park as champions.

“This is a massive win-win for the GAA,” Mr Milton said. “Whatever happens one drought will end.”