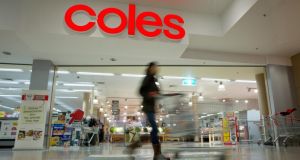 Bread that Australian supermarket chain Coles labels as “freshly baked in-store” was actually made in Ireland, the Australian Competition and Consumer Commission (ACCC) has claimed.

The ACCC, which is the Australian consumer watchdog, today instituted legal proceedings in the Federal Court against Coles Supermarkets for “false, misleading and deceptive conduct” in the supply of bread that was partially baked and frozen in Ireland, transported to Coles stores and “finished” in-store.

The ACCC alleges that labels on par-baked products stating “baked today, sold today” and in some cases “freshly baked in-store”, were likely to mislead consumers into thinking the bread was prepared from scratch in Coles’ in-house bakeries on the day it was offered for sale.

“Bread is an important grocery basket staple and customers need to be confident in claims made about food they buy,” he said.

“We believe consumers are likely to have been misled by Coles that the entire baking process, including preparation, occurred in-store, when in fact the bakery products were prepared and partially baked off site, frozen, transported and then ‘finished’ in store. Indeed, the Cuisine Royale products were partially baked overseas.”

Coles operates 749 supermarkets in Australia. At least 625 of these supermarkets contain an in-store bakery, the ACCC said.

A spokeswoman from Coles said the company intended to “vigorously defend” the action brought against it by the ACCC.

“Coles has only just become aware of the ACCC legal action and will fully examine the ACCC statement before making any further comment,” she said.

The ACCC is seeking an injunction and pecuniary penalties against Coles, as well as orders that Coles review its compliance programme and publish corrective notices on its website and in supermarkets.

The case has been filed in the Melbourne Federal Court’s fast track list with the first appearance listed for August 13th.