Toilet Day is in fact a proper ‘day’, recognised by the UN. And cut the crap, it’s dead serious 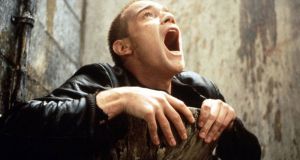 Why was Piglet staring down the toilet? He was looking for Pooh. Today, November 19th is Toilet Day. Urine for a treat. So what should we all do to celebrate? Spend a penny.

Go to the jax, the john, the loo, the crapper, the lav, the WC. Use the facilities, the bathroom, the restroom, the washroom, the little girls’/boys’ room (if we’re going to be more decorous and euphemistic, using the name of the room so no one has to contemplate bodily functions). Take a pee, a slash, a leak, a widdle. Number one and number two. Go on, go on, go on.

We prefer the loo or the toilet, the Brits like the lavatory, the French have the double-vee-cee, the Americans use the restroom.

You could get a thesis out of the social constructs around the terminology for basic functions, and what the degree of openness or euphemism says about various societies.

But Toilet Day? Is this a celebration of the actual object, or the act of using it; the noun or the verb?

It sounds like part of the mad scramble to invent some recognition or celebration for virtually every day of the year, so everyone feels loved, and perhaps in an effort to sell more cards (Happy Toilet Day! Enjoy the relief! Don’t forget to flush!)

November 19th is also “Have a Bad Day” Day. Founded by a Ruth and Thomas Roy, it exhorts “When you’re having a bad day, you shouldn’t have to suffer alone, so wish everyone you meet ‘Have a Bad Day’.” Sounds mean-spirited and a bit desperate to me.

I prefer Toilet Day, which offers the possibility of some toilet humour. Or at least some light relief.

Thieves broke into the local police station and took all of the toilets – police have nothing to go on.

You may laugh, but Toilet Day is in fact a Proper Day, unlike the Have a Bad Day twaddle. Proper, as in, recognised by the United Nations.

We spend an estimated year and a half of our lives on the toilet (thankfully usually not in a single sitting), so presumably it’s worth some attention rather than just going through the motions.

The Ajax was the first flush toilet, invented by Sir John Harrington, who installed one in his Godmother’s house; she happened to be Queen Elizabeth I, and she was not amused because it was too loud.

Thomas Crapper is incorrectly credited with inventing the flushing toilet but he was in fact an innovative plumber who devised the fabulously named ballcock.

But enough of the potty mouth; let’s consider some famous toilets of our times.

The toilet in the International Space Station looks utilitarian, though it cost $19million and can turn urine into drinkable water, which could be useful in situations other than in space, such as when you are stranded in the desert.

Michael Corleone In The Godfather found toilets handy as a hiding place to stash a little pistol, which he strapped behind the jax at the Italian restaurant, ready to do in Sollozzo and McClusky.

Hitler’s Toilet is apparently in the restroom at Greg’s Auto Repair in Florence, New Jersey. The Fuhrer’s toilet and sink from his private yacht, fetched up in a New Jersey junkyard in the early 1950s. The yacht was scrapped, and the lav wound up in 1952 in use in the repair shop, and may still be there, to judge by 30 seconds’ research.

In Trainspotting, Danny Boyle’s 1996 film of Irving Welsh’s novel, Renton goes into “the worst toilet in Scotland” and there follows an unspeakably disgusting scene featuring diarrhoea and the retrieval of an opium suppository (it was voted one of the top 10 bathroom movie scenes of all time in Empire).

A rival in the diarrhoea stakes is a revolting extended scene in Dumb and Dumber (“You haven’t used the toilet have you, Harry? Because it’s broken, it won’t flush.”).

But a hole lot more disgusting is spending obscene sums on a loo. Hang Fung Gold Technology Group in Hong Kong is proud of its “World’s Most Expensive Gold and Jewelry Sparkling Environmental Friendly Washroom”, a gold bathroom with a 24-carat solid gold toilet.

And the ever tasteful Kanye West and Kim Kardashian flushed almost $1 million away on gold-plated toilets for their Bel Air mansion in 2013.

Much classier is Marcel Duchamp’s avant garde Fountain, a landmark in 20th-century art. The porcelain urinal, signed “R.Mutt” , was displayed and photographed at Alfred Stieglitz’s studio, and the photo was published in The Blind Man. The original has been lost but 17 replicas still exist, commissioned by Duchamp in the 1960s.

Then there are those who were dying to go – famous people who departed while on the toilet. Elvis is the king in this regard, famously, but that detail about his sad demise has been slightly exaggerated. He was found unresponsive on the floor next to his Graceland toilet rather than on it.

Judy Garland died aged 47 in 1969; her fifth husband found her body in the middle of the night, slumped over the toilet with the bathroom door locked.

King George II had a heart attack when he overexerted himself straining to get things moving on the toilet in 1760.

Evelyn Waugh collapsed on the commode in 1966 after coming home from a Latin mass and died. Although there were drowning rumours (perpetuated by Graham Greene), his official cause of death was heart failure.

Hollywood producer Don Simpson died of a heart attack on the toilet reading a biography of director Oliver Stone.

So first let’s cut the crap and get to the serious intent of Toilet Day. It was marked by WaterAid and international and civil society organisations worldwide, and the United Nations passed a resolution on 24 July, 2013 declaring November 19th “Sanitation for All” Day – or the much catchier Toilet Day.

In a bid to help break taboos around toilets and make sanitation for all a global development priority, World Toilet Day aims to inspire action by member states and stakeholders to tackle the global sanitation crisis. Today, 4.5 billion people live without a household toilet that safely disposes of their waste. This leaves these people vulnerable to diseases, harassment, and attacks, and it often forces teenage girls to drop out of school.

The Sustainable Development Goals, launched in 2015, include a target to ensure everyone has access to a safely-managed household toilet by 2030. This makes sanitation central to eradicating extreme poverty.

In particular there is a drive to end open-air defecation, which is extremely harmful to public health.

Sanitation is crucial for basic dignity and women’s safety; in many countries women are at risk of rape and abuse because of lack of access to toilet privacy.

But they also have a sense of humour at WaterAid and ran a World Toilet Day: It’s No Joke! Comedy Festival and a competition in 2014 inviting people to vote for the best toilet joke.

The winning joke was by Bec Hill, for this : For Christmas last year I got given Sudoku toilet paper. It’s useless. You can only fill it in with number ones and number twos.

In second place was Matt Forde: Did you hear about the film Constipated? It never came out.

wateraid.org, and worldtoiletday.info has great resources about sanitation all over the world, and is streaming Flush: The Documentary free for Toilet Day