Fionn Davenport rounds up this week's travel news and deals 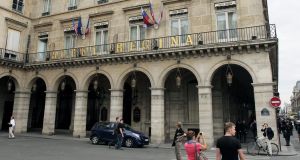 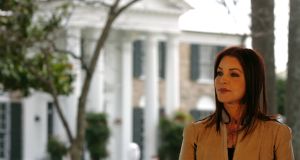 AT HOME WITH THE KING: The next best thing to sleeping in Graceland? Sleeping in the building next door. Reservations are now being taken for the 450-room Guest House at Graceland, which will open October 27th on the estate. The design of the southern colonial-style building has been overseen by The King’s widow Priscilla Presley (left); initial sketches suggest a modern interior with more than a bit of the OTT style of Elvis’s home. It is the largest hotel to open in Memphis in nearly a century and will have two restaurants and a 464-seat theatre. You will need to book early if you want to visit during the 2017 Elvis birthday celebrations, which run from January 5th-8th. graceland.com

FIVE THINGS TO DO IN BUENOS AIRES: Buenos Aires is running a free music festival until February 14th, with a host of screen-projected concerts, ballets and operas as well as live events – all with the aim of introducing diverse musical events to the city. However the Argentine capital is a thrill at any time of year; here’s five things to do while in town:

El Caminito Yes, the curved pedestrian street that runs through the heart of La Boca is very touristy, but it is still an essential part of any Buenos Aires visit. The brightly painted houses, the tango dancers, the artists selling paintings . . . it’s all part of the experience.

Feria de Mataderos A superb folk market in this old working-class neighbourhood is the place to go for authentic crafts and regional cooking. Try the locro (corn and meat stew) and make sure to check out the gaucho museum (Av de los Corrales 6436) when you’re done watching the gauchos-on-horseback show.

A football match Pick a team – Boca, River, Independiente or half a dozen others throughout the city – and watch them play. Porteños love their teams with a fervour that is only expressed in anguish or ecstasy – and plenty of theatre. The matches between Boca and River are especially passionate and the atmosphere can be very tense.

Recoleta Cemetery The most Byzantine cemetery in the world is a maze of narrow alleys lined with elaborate mausoleums housing the remains of Argentina’s most famous names, including Eva ‘Evita’ Peron. Located in the Recoleta neighbourhood (Junín 1760), the tombs are adorned in a variety of styles. recoletacemetery.com

Steak Argentina may well be home to the best beef in the world and no self-respecting parilla, or steakhouse, would last long without serving up the best versions of it. Top spots include Don Julio (Guatemala 4699), Parrilla Peña (Rodríguez Peña 682) and La Cabrera (José Antonio Cabrera 5099). Expect to pay between €8-€15 for a huge steak.

LETTING THE WINE RUN FREELY: Several hundred people have already put their names down for a 10km “wineathlon” to be run in various locations throughout Britain later this year. Each race will have three stops, 3km apart, where runners can refuel with tiny cups of wine – full bottles of the stuff will be available to purchase at the end of the race. The first race is on August 28th in Conwy, north Wales, followed by Cambridge on September 3rd, Worcester on September 10th, Huddersfield on September 17th, Glasgow on September 24th and Durham on October 1st. It is strictly an over-18s event and all proceeds go to local charities. wineathlon.co.uk

SILENCE IS GOLDEN: The Hotel Regina in Paris has been voted the quietest hotel in the world in the first Quiet Hotel Awards.

The luxury hotel, on the Place des Pyramides just across the street from the Tuileries Gardens, came out tops in all criteria, including occupancy, the number of rooms with a “quiet room” label and client reviews on social media.

The awards were presented by Quiet Hotel Room, an initiative by a Dutch sound insulation company. Hotels can apply to have their rooms tested and they will be certified as quiet if they pass muster.

Looking for a hotel that guarantees a quiet night’s sleep? Check out quiethotelroom.org.

A CHANCE TO BE ERNEST: Florida Keys tourism authorities are offering budding writers a chance to spend three weeks in Ernest Hemingway’s Key West estate. All they have to do is win the Florida Keys Flash Fiction contest, which involves writing a 500-word story and submitting it by March 31st.

As well as the residency, the prize includes $1,500 for travel expenses and $500 for provisions. fla-keys.com/flashfiction

GET AWAY AT HOME:

The Couple’s Romantic Spa Escape at No 1 Pery Square (oneperysquare.com) in Limerick city includes a B&B overnight, a one-hour session in the thermal suite and a side-by-side hot oil massage for two, for €129 each on weekdays and €159 at weekends.

Monart (monart.ie) in Wexford has a two-night B&B Rejuvenation package from €249 per person sharing that includes one dinner and one treatment each, plus unrestricted access to the thermal suite.

Rathmullan House (rathmullanhouse.com) in Co Donegal has a Valentine With The Classics package that includes two nights B&B and dinner plus a movie, for €230 per person sharing. The offer is valid from February 13th-16th only.