Travel desk: a ski resort for €1; busy airports; fine hotels in Lisbon and selfies in Paris 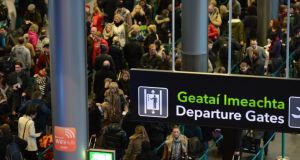 Dublin Airport is having a bumper year, with passenger numbers for the first quarter up by 7 per cent. Photograph: Cyril Byrne 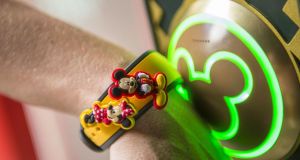 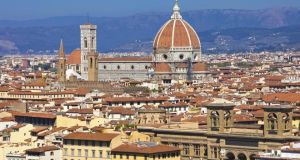 Busy skies
It looks like it’s going to be a bumper year for Dublin Airport. Almost 5.9 million passengers came through the airport in the first four months of 2014 (1.8m in April alone). This represents a 7 per cent increase on the same period last year and is more than double the average for EU airports, which have shown a 3.3 percent increase. Last week, Kevin Toland of Dublin Airport Authority said the airport would see a quadrupling of transit passengers “in the near term.” The number of passengers transiting through Dublin has doubled in the past two years and this summer the airport will be seventh-largest in Europe for services to North America, with 13 routes and 268 flights a week. Toland believes the growth in transfer traffic will “encourage airlines to launch new services and add capacity on existing routes.” The question now is will two terminals be enough to handle the added traffic?


Five fine hotels in Lisbon
Real Madrid square off against their city neighbours Atletico in the Champions’ League final next Saturday, but you don’t need a football match to visit Lisbon. Here are five places to bed down in.


Casa Amora (Rua João Penha 13; solisbon.com; rooms €100-140). Six lovely rooms (plus a self-catering studio), decorated in tribute to a Portuguese artist. Steps away from Placa de Amoreiras.
Casa Balthazar (Rua do Duque 26; casabalthazarlisbon.com; €160-220). Top rate guesthouse with nine high-end rooms; the more expensive have private terraces with terrific views. There’s also a pool.
Chiado 16 (Academia Nacional das Belas Artes 16; chiado16.com; rooms from €165, suites from €280). Handsome boutique hotel in lower Chiado with seven rooms, including four suites with kitchens.
Lapa Palace (Rua do Pau da Bandeira 4; olissippohotels.com; rooms from €250). One of Lisbon’s fanciest hotels, this belle-époque mansion is popular with the rich and famous, but the off-season rates are more reasonable.
Lisboa Carmo Hotel (Rua da Oliveira ao Carmo 1; lisboacarmohotel.com; rooms from €130). There are great views of the city from the upper floors of this handsome hotel, which also has a terrific restaurant on the ground floor and makes a point of only using Portuguese-made product in its 48 rooms.


It’s all in the wrist
This week marked the rollout of Walt Disney World’s MyMagic+ system, a technological innovation that includes the MagicBand, an RFID (radio-frequency identification) bracelet that will allow visitors gain entry to theme parks, access hotel rooms, pay for meals and reserve times for attractions. The wristband allows you to use Fastpass+, where you can book rides and make dinner reservations up to 180 days in advance. MyMagic+ is only operational in Walt Disney World Florida; no announcement had been made about a rollout at its other parks. MagicBand is free for on-site guests ($12.95 if you’re staying off-site). disneyworld.disney.go.com/plan


Ski resort for sale for €1
A ski resort in the Austrian region of Carinthia is for sale – for €1. The Petzenbahnen resort was bought for millions by the local council’s tourism holding company KHT, which is now desperate to sell it, hence the huge discount. The resort has 26 kilometres of runs, a snowboard park, as well as a children’s nursery slope and lift, ski school, shop and restaurant. Whoever buys it will be able to avail of €1.77 million in annual subsidies. Carinthian governor Peter Kaiser explained that the continuing operation of the resort was important for the local economy.


Flat-pack museum
Giant furniture retailer Ikea has announced plans to open a museum on the site of its first store in Älmhult, about 100km north of Stockholm. The exhibits will celebrate the history of the company founded in 1943 by 17-year-old Ingvar Kamprad and give visitors “a fun and interactive experience,” according to site manager Michele Acuna, who expects up to 200,000 people a year.


European city of wine
Vinoble, the biennial celebration of fortified, sweet and dessert wines (aka the International Exhibition of Noble Wines) kicks off in the Andalusian town of Jerez de la Frontera on May 25th. For three days, the birthplace of sherry will play host to exhibitors and imbibers from all over the world; 900 different wines will be on display and more than 10,000 glasses will be used to sample the goods. Jerez is also the European City of Wine for 2014, so Vinoble is just one of 200 wine-related events taking place throughout the year. See jerez.es


Merci Paris
The Paris tourism authority has announced details of a competition to mark the 70th anniversary of the liberation of the French capital on August 24th. Visitors are invited to take a ‘selfie’ at iconic locations throughout the city and post them on social media (Facebook or Instagram) using the hashtag #wearefreemerci. The winner – drawn from the top 10 images with the most ‘likes’ – will win a trip for two to New York. Entries accepted until June 27th; see facebook.com/paristourisme for entry details.


Micro-guide: Florence
STAY Villa Landucci (Via Luca Landucci 7; villalanducci.it; rooms from €100). Five beautifully appointed rooms named after Tuscan wines; some open on to a garden.
EAT L’Osteria di Giovanni (Via del Moro 22; osteriadigiovanni.it; dinner around €37). Superb Tuscan cuisine from start to complimentary glass of Vin Santo at the finish.
DO Giardino Torrigiani (Via de’ Serragli 144; giardinotorrigiani.it). A huge formal garden in one of the most visited cities in Europe.