The world’s best... according to British Airways

Fionn Davenport round up this week's travel deals and news 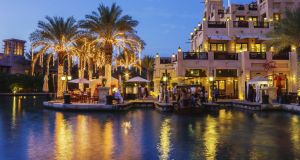 The Hotel Biron housing the Musee Rodin is pictured near Les Invalides in Paris on November 12, 2015 in Paris. The Rodin Museum -- dedicated to France’s most renowned 19th-century sculptor, Auguste Rodin, best known for “The Thinker” -- reopened on Thursday after a three-year refurbishment. Photograph: AFP photo / Bertrand Guay RESTRICTED TO EDITORIAL USE, MANDATORY MENTION OF THE ARTIST UPON PUBLICATION, TO ILLUSTRATE THE EVENT AS SPECIFIED IN THE CAPTIONBERTRAND GUAY/AFP/Getty Images 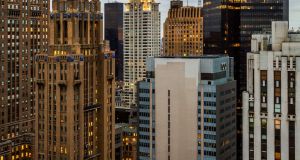 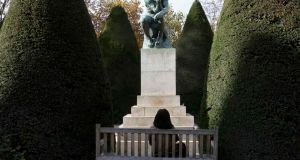 A visitor looks at the sculpture “Le Penseur” (The Thinker, 1903) by French sculptor Auguste Rodin (1840-1917) in the garden of the Musée Rodin in Paris, Photograph: Reuters/Philippe Wojazer

FIVE PLACES TO STAY IN GREECE

Despite all of its ongoing problems, Greece is predicting a record bump in tourist numbers for 2016, with 25 million holidaymakers set to descend on the country. Here are five places worth booking well in advance:
Hera Hotel (Falirou 9, Athens; herahotel.gr; double €130-€145). Behind the elegant neo-classical facade is a completely rebuilt boutique hotel, with all mod cons as befitting a modern hotel. The rooftop garden has a bar and a restaurant from which there are fabulous views of the nearby Acropolis and Plaka.
Hotel Afendoulis (Evripilou 1, Kos; afendoulishotel.com; double from €50). Just southeast of the centre of Kos town, this 20-room hotel mightn’t be the plushest spot in Kos, but what it lacks in modern design it more than makes up for in friendliness and charm. Breakfast is served on a flower-filled terrace.
Manessis Apartments (Kassiopi, Corfu; manessiskassiopi.com; 4-person apt €70-€100). Two-bedroom apartments in the small fishing village of Kassiopi in northern Corfu. All are huge, really tidy and perfectly maintained. The owner is Greek-Irish.
Semeli Hotel (off Rohari, Mykonos; semelihotel.gr; room from €385). Accommodation on Mykonos is among the most expensive in all of Greece, but this elegant top-end hotel comes in at the lower end of the scale without sacrificing on quality. Beautiful grounds, a fancy restaurant and a stylish pool are all part of the deal.

Zorzis Hotel (Perissa, Santorini; santorinizorzis.com; room from €100). A lovely boutique hotel managed by a Japanese-Greek couple on Perissa’s main street. You get a comfy, well-equipped room, a beautiful garden and a scenic mountain backdrop

The world’s best club sandwich is served at the Savoy Hotel in London and Michael Wigman of the Dylan Hotel in Amsterdam is the world’s most knowledgeable concierge. This is according to the readers of The Club, British Airways’ digital magazine, which is available exclusively to the airline’s Executive Club members. Other category winners include New York (left) as the best city break, The Writers’ Bar in Raffles of Singapore as the best bar to be spotted in and the Madinat Jumeirah in Dubai as the hotel with the best “wow” factor. The west coast of Scotland was voted the greatest countryside escape, the spa at the Fairmont Orchid in Hawaii the best for treatments and Raymond Blanc’s two-Michelin-starred Belmond Le Manoir aux Quat’Saisons restaurant in Oxfordshire was declared the best restaurant worth the hype.

The Rodin Museum in Paris (77 rue de Varenne, 75007; musee-rodin.fr; admission, €10) reopened on November 12th after a three-year renovation. The museum, home to Auguste Rodin’s iconic sculptures The Thinker and The Kiss, is housed in the 1730 Hôtel Biron, which was the artist’s studio until his death in 1917. It opened to the public two years later. The €17 million facelift has resulted in a new layout that will highlight Rodin’s creative development and showcase previously unseen pieces, as well as paintings from Rodin’s private collection, including works by Vincent Van Gogh and Edvard Munch.

Google maps is now available off-line. It’s good news for all directionally-challenged travellers, who have had to rely on local wifi if they wanted to use the service and avoid high roaming coasts. Customers can now download the relevant maps directly into their smartphones and use them without an internet connection. The off-line maps will also include access to turn-by-turn directions and key information on addresses, including phone numbers and opening hours. The off-line function is available on Android but will soon also be released on iOS.

The contentious tourist walk on Uluru in Australia’s Northern Territory is to reopen soon. It was closed following an incident last month when a man cut four of the safety chains to protest against incursions on a site considered sacred by the Anangu, the traditional owners of what is one of Australia’s most recognisable landmarks. Both the Anangu and Parks Australia, who administer the site, would prefer if tourists didn’t climb the 348m-high rock, but the walk hasn’t been closed because of fears it would impact adversely on tourism

The Mount Juliet Estate (mountjuliet.ie) in Co Kilkenny has a Regal Retreat from €440 per couple that includes two nights’ B&B , a seven-course tasting menu in the Michelin- starred Lady Helen restaurant and a horse trek or tour of the estate. Aasleagh Lodge (aasleaghlodge.ie), outside Leenane, is hosting a seven-course Portuguese Wine Dinner next Saturday prepared by Stefan Matz of Delphi Adventure Resort; overnight B&B packages, including dinner, start at €119 per person sharing. Ballymaloe House (ballymaloe.ie) has a one-night B&B mid-week break with dinner from ¤185 per person sharing, December 1st-22nd.