The coast with the most: 55 secrets from Ireland’s edge

We asked coastal cognoscenti for the inside track on the best lesser-known sights and activities dotted around Ireland’s 7,800km coastline this bank holiday weekend

There is a vast array of everyday wonders around this island’s 7,800km rim. With the help of a group of coastal cognoscenti, here are 55 alternatives to the car-park charges at the Giant’s Causeway and the Cliffs of Moher and the clutter of signage along the not-so-wild Atlantic way. Always check weather forecasts and tides and local knowledge. And enjoy.

1 The Sea of Moyle: Sruth na Maoile, where the Children of Lir spent 300 years as swans, between Antrim and Scotland. Best seen by boat or from the walking route over the magnificent basalt ramparts of Fair Head.

2 The "upside-down" lighthouse and seabird centre at Rathlin West on Antrim's L-shaped island. There are more than 250,000 seabirds, including puffins. Watch out for a golden hare. rathlincommunity.org

4 Nendrum Monastery tidal mill in Strangford lough, dating from AD 787, the earliest excavated example of renewable energy on the island.

5 The magical and beautiful Benderg Bay, close to Strangford. Approach via Killard Point, a nature reserve to the south of the lough.

6 Dundalk Bay Bird Observatory at Soldier's Point on the Navvy Bank needs its 35 pairs of binoculars: it attracts more than 58,000 pairs of wintering birds.

7 Baltray's Little Tern project, where a group of Louth Nature Trust volunteers protect the "swallows of the sea" when they fly in first-class from east Africa. louthnaturetrust.org 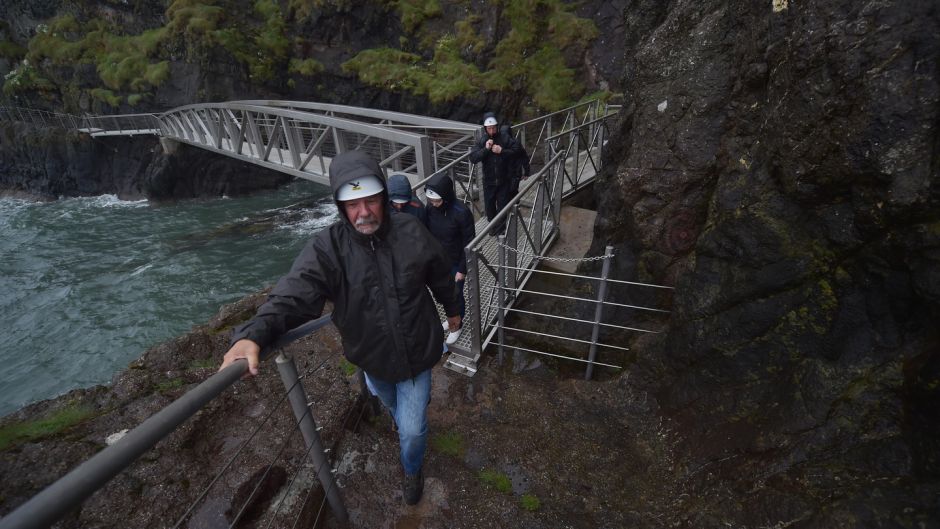 9 Bull Island's northeast end, with its gannets, wild flowers, and common seals basking at the lagoon in winter on this Unesco biosphere.

10 The Dublin Bay skyline from the Great South Wall, built from Dalkey quarry granite between 1716 and 1795.

12 Surf at Magheramore beach, Co Wicklow, or walk from Bray to Greystones on June 8th, and learn more about Ireland's marine resources with a screening of Risteard O'Dómhnaill's Atlantic in The Happy Pear. theatlanticstream.com

13 The Murrough wetlands, a "primeval" coastal and freshwater habitat. Birdwatch Ireland's East Coast Nature Reserve, outside Newcastle, is home to little egrets and up to 15 species of butterfly, including the elusive marsh fritillary. birdwatchireland.ie 14 Geocaching, an outdoor treasure hunt using GPS-enabled devices developed by the Great Lighthouses of Ireland network at Hook Head Lighthouse. Hook is also a geologist's paradise, according to Dr Tiernan Henry of NUI Galway, who tries to convince his students that the giant prints in the Devonian sandstone are those of dinosaurs. In fact, they mark where mill stones were cut from the rock. greatlighthouses.com

15 Wexford's Lady's Lake/Our Lady's Lake, a coastal lagoon west of Carnsore Point reputedly occupied by a group of women in pre-Christian times. Feeder streams expand it each winter, and the practice of "cutting" the lake to lower water levels was a ritual test of local manhood before the advent of diggers ruined the fun.

16 Kayak Waterford's Copper Coast from Tramore to Boatstrand. Or visit Bunmahon and Knockmahon beaches where there is evidence of old mining and remnants of volcanic rock rhyolite, which stood in columns for 400 million years until recent winter storms.

17 Helvick Head's coastal track, Boithrín a' Bhleaic, looking towards Mine Head, Helvick, Dungarvan Bay and the Waterford mountains. The 10km Ring-Helvick walk, and the Cunnigar on the west side of Dungarvan Bay, and more, are mapped in A Guide to Wildlife Walks in Waterford by naturalist Declan McGrath. declanmcgrathbooks.com 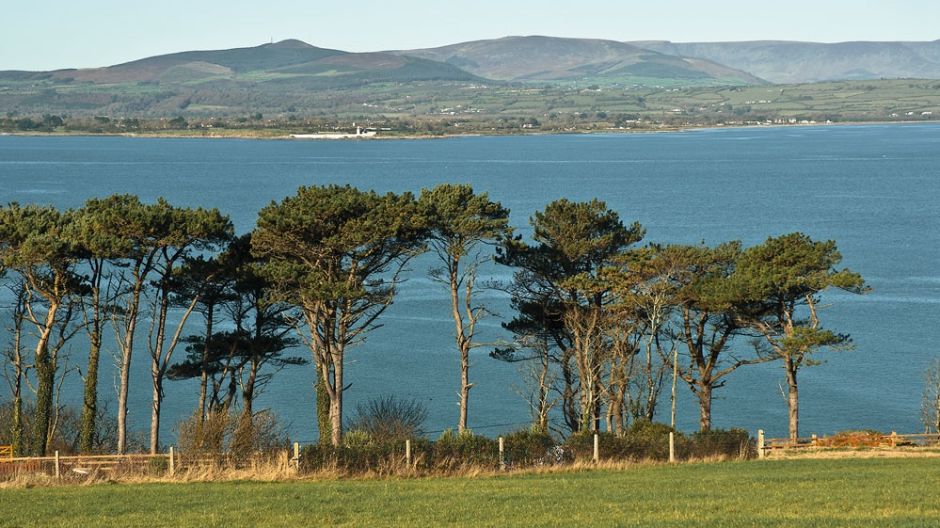 19 Whale watching off the Cork coast. The Irish Whale and Dolphin Group's Celtic Mist, donated by the Haughey family, is marking the 25th anniversary of Ireland's whale and dolphin sanctuary declaration this summer. iwdg.ie

20 White Bay, close to Roche's Point at the mouth of Cork harbour. Meitheal Mara is currently celebrating one of the world's largest natural harbours with a "carnival of maritime culture" until June 12th. corkharbourfestival.com

21 Watch out for the jellyfish known as Velella velella here, too. This deep-blue hydroid colony is also known as "by-the-wind sailor" due to its little sail. 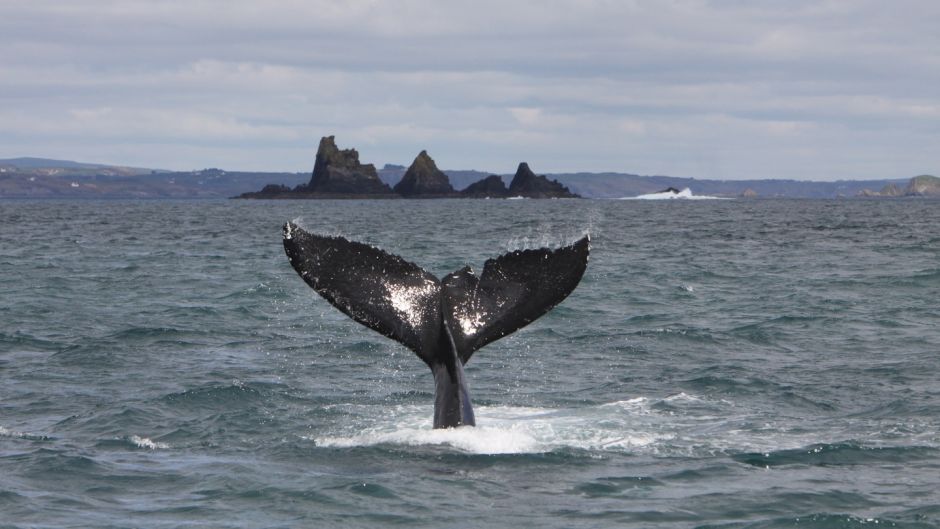 25 Little Garinish, a small sheltered inlet on the northside of Beara peninsula, about a mile downhill off main road to Dursey Sound. Rockpools rich with hermit crabs, anemones and shrimps make it perfect for small children.

26 Bernie Tobin's Cupán Tae cafe, just before the lighthouse at the tip of Sheep's Head peninsula. And any of the headland's 20 looped walks. livingthesheepsheadway.com

27 On Iveragh peninsula there's a "rim of the world" monastic feeling to old Cill Rialaig at Ballinskelligs. It makes for a less intrusive alternative to visiting Skellig Michael. Park below the artists' village and walk about 1km up the hill to the ruins on the sea side of the road. Walk continues to Bolus Head.

28 Learn about the truffle of the ocean, pepper dulse, and other sea "plants" with Caherdaniel-based coastal grazer John Fitzgerald. Tastings include seaweed champagne. atlanticirishseaweed.com

29 Hog's Head, a small peninsula within Ballinskelligs Bay, offers almost 360 degrees of seascape, with mountain backdrops reaching north to the MacGillycuddy's Reeks and south to Dursey island and Beara. If you are lucky, says poet Paddy Bushe, you might catch a glimpse of a sea eagle, while gannets dive in great circling groups known as "cluiche mhór".

30 Waterlily Bay shows a display of waterlilies in midsummer that would inspire Monet himself. South of Waterville in a 9km loop walk: turn left at the signpost for the Waterville Lake Hotel.

31 Footprints of tetrapods that are 365 million years old, and a curious sign for a "tetrapod car park", along with Cromwell's Fort lighthouse and the old slate quarry on Valentia island.

32 Caherconree stone fort on the Dingle peninsula is, at 683m, the highest stone promontory fort in Ireland. 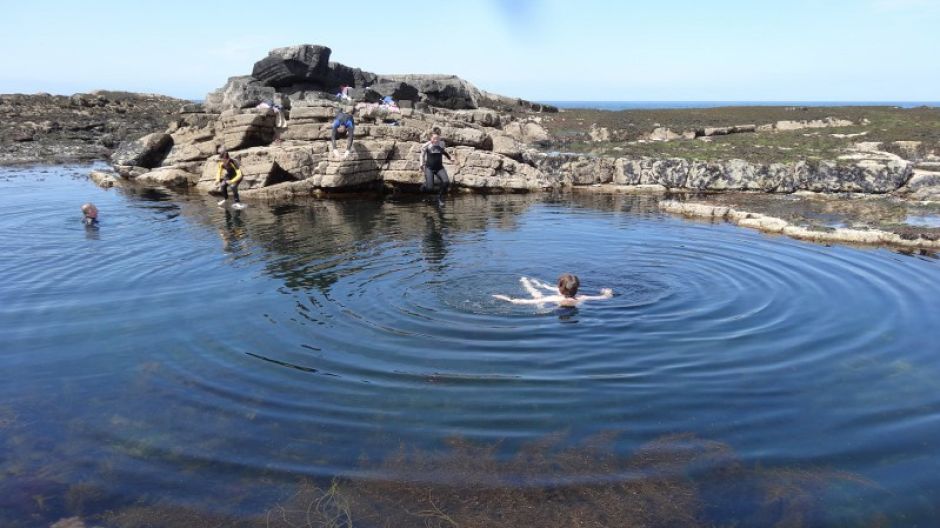 33 Diarmuid and Gráinne's rock, a sea stack named after the lovers who are said to have leaped from the land's end to it to escape Fionn MacCumhaill. Just north of Loop Head lighthouse. The Bridges of Ross is one of the world's best seawatching posts.

34 Swimming in the Pollock Holes, Kilkee, Co Clare, only 320 million years in the making and dubbed the "eighth wonder of the world" by diver Manuel Di Lucia.

35 Look out for the rare blue-rayed limpet (Patella pellucida), a thin-shelled mollusc with striking blue dotted lines. It uses sea spaghetti as a "fattening ground" before taking up residence in forests of kelp.

37 Island Eddy, north of Kinvara, Co Galway, which went into decline after its school was closed in 1901. Hares and otters populate its deserted village. Only accessible by foot during a two-hour spring tide window at the March and September equinoxes.

39 Aran's Inis Mór is one of five offshore communities hosting the world's first island bioblitz, a contest to record the most wildlife species in 24 hours. Did you know that the Aran islands have their very own type of bumble bee? biodiversityireland.ie

40 Geology of Connemara's coast, including Mannin Bay with its coral sand ecology and the tombolo between Dog's Bay and Gurteen. It is best viewed by climbing Errisbeg outside Roundstone.

41 Ballynew beach between Clifden and Cleggan, with remants of ancient forest that preceded Galway Bay visible at low tide.

43 Achill's Keem Bay beach, Croaghaun sea cliffs and Achill "henge", a monument to the excesses of that Celtic large cat. 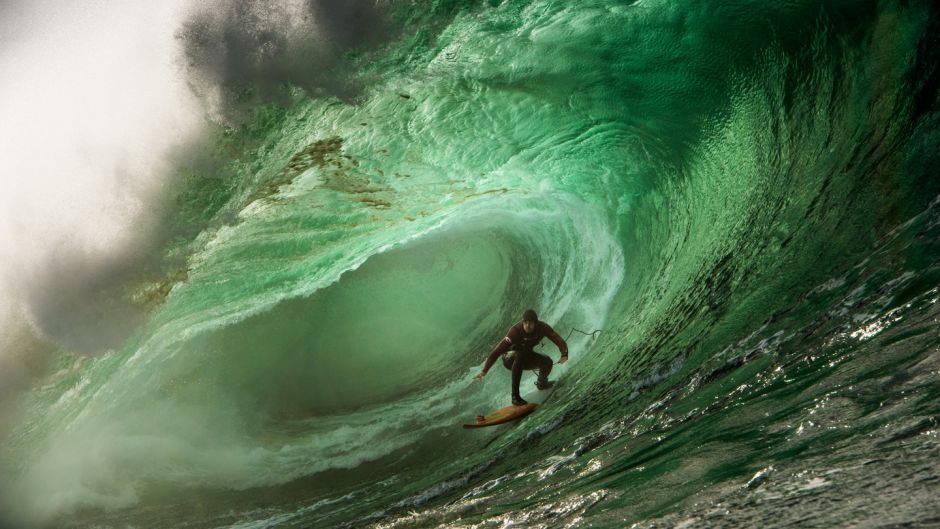 47 Scientific treasures such as carboniferous coral (Siphonophyllia caninia) below the walk at Streedagh, north Sligo. For everything you need to know about the strand's Spanish Armada wrecks, contact 21st century pirate Philip Brett. facebook.com/time-travel-tours

51 Inner Mulroy Bay, which could be a set for Finding Nemo as "the most spectacular marine garden" ever.

52 Ringed plover, corncrake, choughs and pods of dolphins in and around Arranmore island off the Donegal coast.

53 The tough but rewarding hike up Glen Head near Glencolmcille, Co Donegal, with Dan Ward's abandoned cottage at Glenlough, where a young Dylan Thomas found inspiration.

55 Inishowen Head to see the peregrines.