Free for all: great days out without the wallet

Good news for cash-strapped staycationers and visitors: hundreds of events around the country don’t cost a bean 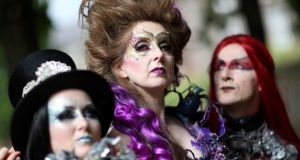 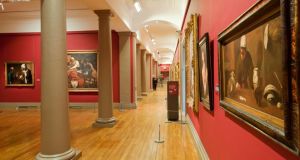 Interior view of the Beit Wing, National Gallery of Ireland 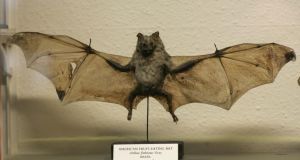 It is not hard to amuse yourself when you have cash. A trip to the cinema at some point over the last four weeks of the summer will cost a family of four about €50 once all the treats are factored in. If they went on the splendid Viking Splash tour instead they would have little change from €60 when the 90 minutes allotted for land and water were done with. A trip to the zoo would cost much the same.

All told, a family staycationing in Ireland could burn through their budget with worrying speed, which is why finding the free stuff is key to keeping yourself entertained. Last month Fáilte Ireland published its list of Ireland’s most popular attractions last year, and a wearying number had a cost attached.

Guinness Storehouse retained its top spot, while the infinitely superior Dublin Zoo was in second place.

Dead Zoo
The Dead Zoo – or the National Museum of Ireland: Archaeology, to give it its stuffy real name – was third in the free list, with 409,275 visitors. Farmleigh and the Science Gallery, at Trinity College Dublin, made up the top five.

But hundreds of events around the country every week don’t cost a bean. Joerg Steegmueller knows about the ones happening in or near Dublin. For almost six years he has been overseeing a guide to free events.

When Pricewatch last spoke to him, in 2008, 1,000 people received his email digest. Today 15,000 receive it, and he has 20,000 fans on Facebook. “I think Ireland in general, and Dublin in particular, are very well served with free events,” he says. “The problem is most of the people who are so good at organising them are terrible at publicising them.”

This week’s guide carries listings for 170 events in Dublin alone. “Putting it together takes me about 26 hours,” he says with Germanic precision. “And I don’t make any money from it either.”

It is just as well that all the events he finds are free, then. “When I came to Ireland, from a semi-rural part of Germany, I was amazed at how many big events there were taking place for nothing and how few people knew about them. When I asked friends they were similarly surprised, so I set up the guide. And it keeps getting bigger and bigger.”

When Steegmueller started highlighting the freebies, we Irish were kings of all we surveyed, economic Titans without a care in the world. Then things changed. Has he noticed more people interested in what he has to offer as a result?

“I think there are definitely more people interested in what I am doing, and not just because of the downturn but because people are more open to new things.”

National Heritage Week
When asked to highlight three events coming down the tracks in the next four weeks, he points to the People’s Art Exhibition, on St Stephen’s Green in Dublin on the weekend of August 17th. He also mentions the Northside Music Festival, which he says is “always great and always popular”, and Opera in the Open. Every Thursday for the rest of the month these lunchtime events will be hosted in the amphitheatre at Dublin City Council offices on Wood Quay.

Plenty is happening away from Dublin too. As part of National Heritage Week, which takes place from August 17th to 25th, there will be all manner of markets and parades of otherwise sensible people wearing ridiculous clothes to cheer on.

The Irish Walled Towns Network will host events on the weekends of August 17th-18th and 24th-25th. Participating towns, including Fethard in Co Tipperary and Killmallock in Co Limerick, will have markets, medieval re-enactments, jousting and all sorts of other things that should keep bored children amused.

There is also Boyne Valley Craft Festival, which takes place at Brú na Bóinne Visitor Centre until August 16th, showcasing some of the country’s traditional and contemporary crafts, and their makers.