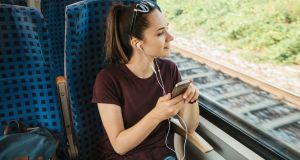 The change will have little effect on British travellers to Europe, who will still be able to travel across EU countries on an Interrail pass. Photograph: iStock

The decision to end Britain’s membership of the Interrail and Eurail train travel schemes has been reversed.

Industry body the Rail Delivery Group (RDG) said it renewed talks with Eurail Group, the company running the programmes, following the “strong reaction to news of our departure”.

They were able to reach an agreement which means Britain “will be remaining part of both the Interrail and Eurail passes”.

The tickets entitle holders to travel by train across Europe.

We are pleased to be able to tell passengers that we have reached agreement and will be remaining part of both the Interrail and Eurail passes.

The RDG and Eurail Group had previously blamed each other for the dispute.

The former said Eurail Group was ending Britain’s membership of both schemes because its members had stopped selling Eurail passes as they believed the separate BritRail ticket was “the best option” for visitors.

Britain keeps all the proceeds from BritRail purchases, whereas those from Interrail and Eurail are shared with other countries.

The RDG insisted it “never wanted to leave Interrail”.

But Eurail Group managing director Carlo Boselli declared RDG’s “priority to secure a competitive position for their BritRail Pass has led them to pull out of Interrail and Eurail”.

UK transport secretary Grant Shapps appeared to agree with Eurail Group’s stance, describing the situation as “counterproductive” and urging the RDG to “reverse their decision”. – PA

Covid jab: Ryanair will not ask for proof of vaccination within EU
4

Dating in the age of Covid: ‘The minute we saw each other, we kissed’
Real news has value SUBSCRIBE