Barbecues: best places to cook out around the country

All ready to fire up the summer barbie? Go beyond the balcony or back garden and seek out some of the best spots around the country to get your cook on 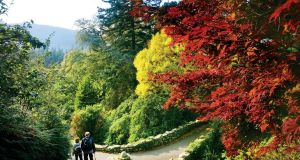 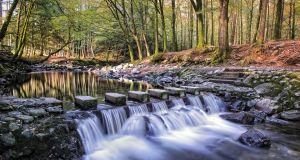 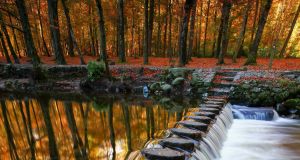 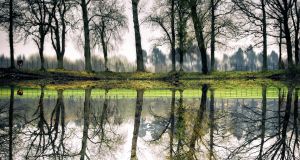 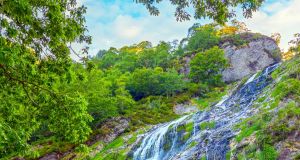 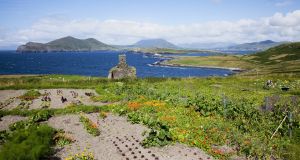 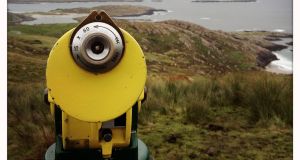 For some of us, the very best place to barbecue is in our own back garden. For others, the kitchen cooker starts to look very well located indeed by the time we’ve made half a dozen runs back inside to get cutlery, condiments and those giant tongs that choke up the drawer all year round but go missing when you need them.

Things get even trickier for apartment dwellers bent on firing up a barbie on the balcony – mainly the burning indignation of neighbours. There’s guaranteed to be a missive winging its way from the management company quicker than you can get a sausage sizzling.

Which is all to the good, really, because the best barbecues are those you rustle up far from home. Here are some suggestions for a flame-grilled summer . . .

Okay, so you’re not really going to light a fire in a forest; that’s just dangerous. But there are plenty of forest park options where contained barbecues (as opposed to open fires) are permitted. One is Limerick’s Curraghchase Forest Park, a woodland estate with lakes around the shell of an 18th-century mansion, offering 313 hectares of mixed woodland, 8km of way-marked trails, and barbecue facilities near the main car park.

In Northern Ireland, Tollymore Forest Park near the seaside resort of Newcastle, Co Down, has riverside walks and mountain trails in the heart of the Mournes’ Area of Outstanding Natural Beauty, plus designated picnic and barbecue areas. As a rule, Coillte does not permit campfires in its forests. But if it’s a campfire barbecue you’re craving, it has developed a number of wild-campsites around the country. Most have specially constructed fire rings in situ that can be used, subject to Leave No Trace principles.

They are designed for use by long-distance walkers (so be prepared to work up an appetite) and are typically in grassy or flat areas adjacent to a National Waymarked trail, usually close to a stream. They can be found along walks such as the Slieve Bloom Way, Wicklow Way, Kerry Way, Blackwater Way and Western Way. Coordinates are at http://www.coillteoutdoors.ie/activities-features/activities-features/camping/wild-camping/.

After years of a blanket ban, the Office of Public Works has bowed to popular demand and designated two areas of Dublin’s Phoenix Park – on a trial basis only, so don’t blow it – where barbecues can be used.

One is at the existing picnic area on Furze Road, between Oldtown Wood and the Ordnance Survey in the western end of the park, where picnic tables are provided. The other is at the top of the Furry Glen, at the picnic area beside the circular Knockmaroon Centre, near the public car park. In accordance with park by-laws, open fires aren not permitted, however small in scale, but barbecues in disposable trays are allowed. Which just goes to show that sometimes you really can get smoke without fire (phoenixpark.ie).

For a room with a view, you will find no finer dining than the picnic area at the Upper Lake at Glendalough in Co Wicklow. For various safety reasons, coal-fired barbecues are not permitted but gas barbecues are. (wicklowmountainsnationalpark.ie).

If it’s fish you hunger for, check out Rathbeggan Lakes in Dunshaughlin, Co Meath. As well as all sorts of family fun, from pedalo boats to bungee jumps, there is a well- stocked lake where you can hire fishing rods. There are dedicated picnic and barbecue areas, but, as the lake operates on a catch and release basis, remember to stick some salmon fillets in the cooler box before you go (rathbegganlakes.com).

Music may be the food of love but burgers are the food of hunger, and you can get both served up at festivals such as Electric Picnic in Stradbally, Co Laois (September 2nd-4th, electricpicnic.ie). Gas barbecues are not permitted but disposables and certain specified cooking stoves are. The list is very prescriptive, so don’t try rocking up with a canister of gas or an aerosol expecting to get in. And the barbecues can only be fired up in specially designated zones.

Alternatively, opt for the Big Grill Festival in Dublin’s Herbert Park and enjoy some ‘tons while someone else does the barbecuing for you, with craft beer to boot. (August 11th-14th, biggrillfestival.com)

What could be nicer than watching sparks rising and stars falling – all at the same time. For a stellar dining experience, stoke up your flames in the Kerry Dark Sky Reserve (kerrydarksky.com), one of the most light-unpolluted spots on the planet.

Pitch up at Mannix Point Camping and Caravan Park (campinginkerry.com) in Cahirciveen, Co Kerry, surrounded on three sides by hills and facing the Atlantic islands of Valentia and Beginish, with a dedicated barbecue spot giving you a front-row seat to the heavens above.

Or head to Leitrim for a stay at Pink Apple Orchard (irelandglamping.com), an eco camping retreat with yurts, teepees and a bow-topped gypsy wagon. There is a communal barbecue area and three portable barbecues, as well as a small area for a real campfire, perfect for toasting marshmallows.

Head to Powerscourt Waterfall in Enniskerry, Co Wicklow, Ireland’s highest cascade, for a bucolic idyll sheltered on three sides by hills, and therefore perfect for al fresco dining (powerscourt.com). Barbecues are permitted in the park, which also has a playground, picnic tables and a well-stocked kiosk, should your burnt offerings not quite hit the spot.

Bylaws typically prohibit open fires from being lit on beaches, but local authorities will usually allow the use of enclosed barbecues. Unfortunately, it’s not unknown for some idiot or other to bury their disposable trays in the sand afterwards, presumably for the sand fairies to deal with. Unfortunately what tends to happen instead is that unsuspecting barefoot bathers step on them and injure themselves.

Of course, if you are going to be responsible about it, then bon appetit and more power to your charcoal. But for one of the nicest – and most responsible – beachside barbecue experiences, check out Acton’s Beachside Camping, outside Clifden, Co Galway (actonsbeachsidecamping.com).

Guests at this eco campsite can camp in their own private sand dunes with braziers and wood provided or flame up your own private campfire, perfect for broiling bangers. Just don’t forget the giant tongs.

Enter our competition to win a Weber Master-Touch barbecue, a Weber chimney starter set and a voucher for a Weber Essentials barbecue course at Cooks Academy

Six of the best films to see in the cinema this weekend
Browser reviews: Kraftwerk but no scoop, a Bombay trip, and Protestant nationalism

Irish conductor the first woman to lead orchestra at Oscars
3

Hilary Fannin: What I wish my spouse and I had done the morning of our wedding
6

A history of Ireland in 100 great quotes
9