From street art to gracious Georgian squares – Bristol and Bath couldn’t be more different, though they’re minutes apart by train 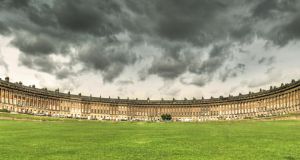 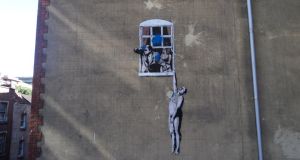 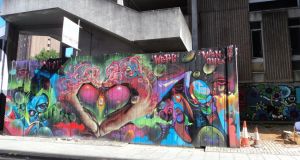 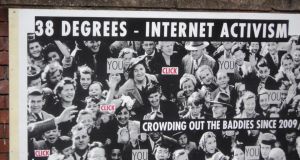 The twin river cities of Bristol and Bath may be just 12 minutes apart by train yet they seem centuries apart. Bristol appears young – it hides its abundance of historical and architectural gems amid the concrete of the past 60 years. Bath, on the other hand, is just missing the carriages of the Georgians and the stink of horse manure.

Arriving in Bristol for a weekend, I am charmed to discover that Gromit is everywhere. Not just familiar Gromit, of Wallace and Gromit fame, but Gromit appearing as a pirate, a super hero, as Isambard Kingdog Brunel, as Salty Sea dog, as Eldoradog. There are 80 Gromits dotted all around the city, painted by artists and celebrities for the Gromit Unleashed summer trail.This 10-week event by Aardman Animation raises funds for Bristol children’s hospital. It is a great success: happy families hunt the Gromits, while later in the evening squiffy clubbers pose excitedly beside them.

Bristolians are mightily proud of their city and point out that they have more Georgian buildings than Bath does, a bit miffed when you say you are going there. They also remind you of their ties to the sea, being an inland port for sail and steam for more than 1,000 years.

Sail and steam is on display with the caravel (a replica 15th century ship) Matthew taking visitors around the floating harbour while the SS Great Britain sits in all its metal glory. The floating harbour is one of Bristol’s great treasures. Almost an inland lake, it’s perfect for rowers and sailors messing about and it provides a safe berth for many narrow boats and sail boats.

The River Avon has one of the biggest tidal drops in the world, and Bristol’s importance as a port in earlier centuries produced an engineering feat in the early 19th century of locks, undercuts and overfalls that still work today.

The sea trade may be reduced but the floating harbour is an intrinsic part of the city, redeveloped to house cultural venues like the Arnolfini contemporary-art gallery and a science museum. At night the harbour hums with restaurants, clubs and traditional pubs. The huge, all-you-can-eat ZaZa Bazaar seats 1,000.

One name that crops up time and again in Bristol is Isambard Kingdom Brunel. The engineer has left his mark on the skyline with the Clifton Suspension Bridge and in the harbour with the SS Great Britain and dozens of other unseen civil engineering works.

Today it is artists who are leaving their mark: the animatic art of Aardman Animation and graffiti artist Banksy.

Aardman Animation has been in Bristol for 40 years. Wallace and Gromit may be its best-known production, but Aardman produces a huge range of TV series and commercials.

Banksy, the satirical graffiti artist who defaced the concrete jungle that was 1980s downtown Bristol, is now an art icon of the city. Taking a street art tour with John Nation of wherethewall.com, it’s hard not to be amazed by the turnaround in attitude.

Nation was a youth worker for Banksy, or Robin Banks, and other teenagers, and godfather of the street art that has turned this city into a gallery of modern expression. Such is the international reputation of Banksy that Nation’s tours attract people from all over the world.

A major event that changed the landscape of Bristol was the See No Evil festival in 2012, when 30 international artists were invited to transform the concrete canyon of Nelson Street and its environs. Using the backdrop of multi-storied buildings, the street is now an outdoor gallery. Irish artist Conor Harrington has a painting on disolay called the Duel of Bristol.

The grassroots of street art continues to appear, almost daily, with artists dodging the wrath of the city council. The area of Stokes Croft has become a haven for street artists, with dozens of buildings painted, many with anarchic messages; they call it the people’s republic of Stokes Croft.

Feeling the need for a twinset and pearls, I hop on the train to genteel Bath, knowing I won’t have to confront the messages of a graffiti rat. Here it will be refined entertainment, upmarket shopping, tasting menus and luxury lodgings. Bath is built on seven hills: maybe that is why the Romans were attracted to it. Seven hills of the most perfect honey-stoned buildings.

If you could blink the cars away, it could be the 1700s. Romans and Georgians were the denizens of Bath and they have left their mark.

The current residents of Bath must feel like caretakers: the tiny city is immaculate, with perfect Georgian crescents, squares of green and bursting baskets of flowers everywhere, with the odd Roman temple and Corinthian pillars popping up.

What better way to begin a visit to Bath than with afternoon tea. Frenchman Richard Bertinet, of Café Bertinet, has lived in Bath for eight years.

He has two cafes, a cookery school and will be participating in the Great Bath Feast this month, which will have simple things, such as good breakfasts, to taste trails, farmers’ markets, cookery courses, gourmet evenings and visits from chefs, including Mary Berry, Angela Hartnett, Hugh Fernley-Whittingstall and Prue Leith.

It follows the annual Jane Austen festival in September when the city is awash with Regency-era clad people from around the globe. This year’s finale was a 600-strong costumed promenade and it ended in a masked ball in the Pump Room.

This is a splendid dining room of vast proportions, part of the Roman Baths, and is where you can drink the spring waters. The hot spring waters of Aquae Sulis were adored by the Romans who built a massive complex of baths and temples.

The site has been redesigned and restored over thousands of years with every stage of change on display. There are four big, green pools, which are no longer in use for health and safety reasons.

The museum is fascinating. Archaeological digs have revealed Roman streets, coins, statues, jewellery (including a beautiful gold Irish cloak pin) and, my favourite, curses written on metal and thrown into the spring. The Romans believed that the springs would not only cure them but would also fulfil their wishes.

Stepping back into reality after a tour of the Baths is almost surreal: people throng around photographing the abbey and bustling shoppers explore the many lovely independent shops.

Shopping in Bath benefits from the influx of visitors that help support one-off shops for jewellery, books, art, shoes, music and high-end clothes. There are also many specialist food shops and fine restaurants, from gasto pubs such as the Garricks Head to the Michelin-starred Bath Priory.

It is impossible to leave Bath without mentioning the Royal Crescent, the most perfect symmetry of Georgian architecture. Number 1 Royal Crescent was originally lived in by Henry Sandford, MP for Roscommon, and is a restored museum of Georgian life.

In the middle of the Royal Crescent is the hotel of the same name: it is the only building with a magnolia growing on it. Behind the doors of this gem is a lovely garden and upscale Dower House restaurant.

Rumour has it that Johnny Depp stays there during the Glastonbury Festival, so that’s where you may find me next year.

ZaZa Bazaar offers all you can eat in two hours.

Dine beside Banksy and Cosmo Sarson art at The Canteen, Stokes Croft , with live music

EAT – Bath
Beside the railway station Graze is devoted to all things beer and beefy.

SLEEP
The Bristol Hotel, from the doylecollection.com, has a Cork manager, Mark Payne. Rooms from £99 (€118).

Rooms at Royal Crescent cost from £180.

GET THERE
Aer Lingus flies to Bristol


Joan Scales travelled as a guest of Visit England tourism