Time for a rethink among advertising’s blue bloods. Period 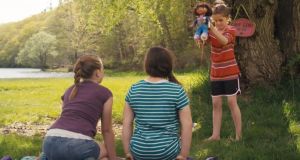 On behalf of the media I’d like to apologise. For quite some time we have been working on the assumption that whenever you heard the word “period” you were compelled to stick your fingers in your ears and start humming the theme tune to Match of the Day. Same went for “menstruation” and “tampons”. “Blood” was acceptable, so long as it was blue and dispensed from a Pyrex container.

It turns out that we, along with our colleagues in the advertising industry, were wrong. Periods do not horrify you. Not every mention of the phrases “menstrual blood” and “uterine lining” has men reaching for the pethidine. Nor do women wriggle en masse into the nearest pair of white jeans and run whooping down the beach the minute they get their period.

A number of you, it seems, are not only unsqueamish but are actually able to laugh about this mildly inconvenient monthly occurrence. Quite a number – five million and counting, if the YouTube hits for an internet ad by a small new tampon-delivery service in the US, Hello Flo, are any indication.

The ad, if you haven’t yet seen it, features a precocious tween who gets her first period – Still upright? Breathing normally? Good, let’s continue – or, as she calls it, the red badge of courage, while at camp.

She appoints herself “camp gyno” and proceeds to educate her peers about the messy business of periods, using, in one memorable scene, a Dora doll and a squeezable bottle of ketchup. “For these campers I was their Joan of Arc. It’s like, I’m Joan and their vadge is the arc,” she declares.

In the main the response has been overwhelmingly positive: ABC News called it the funniest period commercial ever. Huffington Post described it as the best tampon ad in the history of the world. (Though, let’s face it, competition is not exactly stiff.)

Some commenters have suggested that the idea of a discreet delivery service for tampons infantilises women and promulgates exactly the kind of secrecy and embarrassment the ad is trying to avoid.

But Hello Flo’s founder, Naama Bloom, says the ad wasn’t designed as a manifesto but is just an attempt to show “the reality of periods is not this hidden, sanitised thing where girls are wearing white pants and riding horses in a meadow”.

Spoof video
Camp Gyno isn’t the first internet ad to attempt to subvert some of the more unintentionally hilarious cliches of tampon advertising. I wrote in this newspaper previously about a spoof video made by the sanitary-product manufacturer Bodyform in response to a man named Richard, who had posted a comment on the company’s Facebook page, complaining about its misleading tampon advertising. In the video a woman actor playing Bodyform’s chief executive drinks from a jug of blue water and ruefully admits, “We lied to you, Richard . . . There’s no such thing as a happy period.”

But what is especially clever about the Hello Flo ad is the way it portrays a girl’s first period as an event that confers authority and knowledge, not the shame-and-secrecy model espoused by most advertisers.

Whether the straight-from-the-uterus style of the Camp Gyno ad is set to take over from the pirouetting-women-in-white- shorts genre is less than certain. The internet allows brands to try things out that they wouldn’t do on mainstream television, such as use the anatomically correct name for female body parts, which in 2013 remains surprisingly risky.

The word “vagina”, for instance, which is used liberally in the ad, continues to make some people so uncomfortable that the Democrat Lisa Brown was banned from addressing Michigan House of Representatives after her use of it was found to violate the decorum of the house.

In Sydney last month, police visited an exhibition entitled 101 Vagina after numerous complaints about the use of the word on posters – though the officers left after they had established that the images were not pornographic.

One of the most complained-about ads of last year in Australia was one for Carefree Acti-Fresh liners, in which a young woman explains the biology of the vagina in terms taken straight from a medical handbook. (The ad’s otherwise commendable forthrightness was somewhat undermined by the fact that the actor delivering it was shot standing completely naked behind an orchid, because, you know, that’s what menstruating women like to do.)

When it comes to being upfront about women’s bodies and their functions we still have a long way to go. But periods, on the internet at least, are having a moment – and it’s not before time. After her ad went viral, Bloom said she had been surprised to discover that there are “people who still think you can lose your virginity using tampons”.

At first I thought I was hungover: A stroke at 28 years old
6

How to make an authentic Indian chicken curry at home
7

The clitoris has 8,000 nerve endings (and nine other things we learned from a new artwork)
10