One Change: There are already highly effective remote working hubs around Ireland 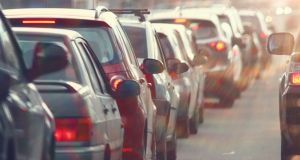 Now is the time to reconsider the commute, and our options for working remotely

As cities and towns around the world re-arrange their streets to favour pedestrians and cyclists, the pace of positive change is hard for this One Change column to follow. Amidst all the chaos and tragedy, Covid-19 is gifting us with many new opportunities, one of which is the shift to working away from cramped, noisy, claustrophobic offices. Could now be a golden opportunity to implement a radical One Change of making remote working the norm?

Let’s first differentiate remote working from home working, which can be the same thing but the former can also mean going to a nearby shared hub or work station that is clean, warm, energy-efficient and offers high-speed broadband, meeting rooms, canteen, as well as colleagues to collaborate and socialise with. Both options put an end to the arduous and carbon-polluting daily commute. They make cities less congested and air-polluted, but also ensure that people can live in a spread-out, sustainable way across the country rather than all piled on top of each other in urban spaces that become ever denser and more polluted.

They allow communities to focus on their local area and to support local farms and shops rather than high street multinationals and the unsustainable globalised economy. Remote hubs can be as simple as a room in a parish hall, a converted stables, or any vacant building in a town or village, with space for three to 30 workers. They are suitable for start-ups, the self-employed or large organisations.

As individuals we are not powerful enough to manifest the shift from centralised offices to local work stations, but if enough of us tell our employers that we would favour this as an option, and if we let county councils and private developers know that we would support such places if they existed, then together we can create a profound One Change.

There are some thriving examples in Ireland, such as the Dingle Creativity and Innovation Hub, with wall-to-ceiling windows overlooking the Atlantic. The building, overlooking Dingle harbour, offers high-speed connectivity and co-working facilities to start-ups, established enterprises and community groups. They also actively support the transition to a low-carbon society.
See dinglehub.com

Mountmellick, Co Laois has a co-working space called the Webmill Digital Hub that aims to create “an innovation ecosystem of collaboration and synergy”, and to realise the full potential of Laois as a sustainable, affordable and thriving place to live and work. (Working with colleagues who share such a vision is bound to be stimulating.)
See webmill.ie

There are also specialised work spaces such as The Hatch Lab in Gorey, Co Wexford which offers office space, mentoring and peer-to-peer learning for tech workers. It has transformed the lives of a number of former daily commuters to Dublin.
See thehatchlab.ie

All these sites are playing a role in reducing Ireland’s transport emissions (which amount to 40 per cent of our total CO2 emissions), but how much carbon they save in other ways depends on the efficiency of their lighting, heating and cooling facilities as compared to large, centralised offices. Either way, a hub is likely to emit less carbon than if the clients were all working from home and having to heat large spaces and buy office equipment individually. They also avoid the risk of isolation and distraction that bedevils home-working.

The only reason we work in offices today is because a century ago we had no easy way of communicating beyond being in close proximity. As this limitation no longer applies, there is no sane reason to continue the millions of pointless journeys we make to a designated building every day of our working lives. An alien would regard the practice as stark, raving mad. Now is the time to re-consider.