What matters is not money in the bank, or cars, or working boilers

Jennifer O’Connell: Against the odds, the hospice is an extraordinarily uplifting place 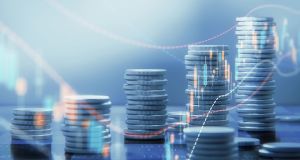 ‘I met people who may be in their final days or weeks of life, and who are facing whatever might come with grace: gratitude for all they’ve had, sadness, a sense of humour, courage and no small amount of fear.’ Photograph: iStock

The car stopped working the other week. It gave a short, violent shudder and then ground to a halt in a car park right before Christmas. We got it towed back to the dealer, and then hired a car for a few days, until that got too costly. It has another year to run on the warranty, so we didn’t stress – at least, not until the email came, telling us that the fault belonged to a strategically ill-defined category that was not covered by warranty.

The next day, my phone stopped working. I was in the middle of writing an email when the screen went black. Siri could still hear me, but I couldn’t see her. “Siri, restart my phone,” I’d say, and she’d reply sweetly, “I can’t restart your iPhone. You can do it yourself.” Then the boiler went. And the middle child came home from school and crumpled on to the couch, defeated by a virus that made him shiver and sweat for days. And I realised I was going to miss the eldest’s performance in a chamber choir in a beautiful medieval cathedral, because I hadn’t checked the date when I made plans to be away for work.

I’m not a crier. I generally prefer to emote through the medium of swearing. It runs in my family, the not crying. But if anything is ever likely to bring on copious amounts of snivelling self-pity, it’s the feeling that I’m being defeated by life admin, failing boilers and unhelpful car dealers. And by my own inadequacies. And guilt that my son was sick, but I still had to work. And the “I miss u!” text my daughter sent, right before she went on stage. I keep thinking that I’ll grow out of all this and emerge from the slightly shambolic chrysalis I inhabit into a better me, a person who stays on top of her inbox and never misses a school performance and still manages to meet her work deadlines.

I felt sorry for myself for most of the week, until the day I went to Our Lady’s in Harold’s Cross. The world is divided into those who have spent time in a hospice, and those who have not. Before I went there, I would have said it is the second group who are the lucky ones. They have never had to watch someone they love slip from life. But now, having spent a day in a hospice, I’m not so sure who’s luckier.

Against the odds, the hospice in Harold’s Cross is an extraordinarily uplifting place. I met people who may be in their final days or weeks of life, and who are facing whatever might come with grace: gratitude for all they’ve had, sadness, a sense of humour, courage and no small amount of fear. But they’re facing it anyway. One man with beautiful blue eyes said he had no regrets, except that maybe he should have travelled a bit more. He had said his goodbyes. Life had been good to him, and now he was ready to go.

Another man, much younger, wasn’t there yet. He is on his fourth cancer. He has a little boy who was waiting for Santa to come, and he wanted to be there to watch him play with the presents on the list that was getting bigger and bigger. When I asked him what he wished more people knew, he said it was that their health was their greatest gift. What’s the point of money without health, he asked. He spread his arms wide as he said this. “Once you are healthy, you can do anything.”

His face came alive as he talked about all the things he used to be able to do, the plans he had, and the person he used to be, before he got sick. Now, it is love that keeps him going. He is holding on to every moment. He wants to be even a little part of his family’s lives. “For me,” he said, “that little part is very important”.

One of the volunteers there is a man who has never been stressed a single day since he gave up his job in the bank, and started driving people to and from appointments here. As he talked, I began to understand the magic of the place; why despite the sadness and the grief, it is the deep, slow, quiet gratitude that stays with you.

Every day, people here stand on the precipice, and their courage is a reminder of the things that matter, the things that remain of you when you are gone. Not cars, or working boilers, or money in the bank, or a reputation for answering emails on time, but the people whose lives you touched, and the people who touched yours. It is a place where love is embedded in the mortar; a place where human connection is treasured. As I left, facing back into the traffic and the deadlines, I tried to hold on to that, and the memory of the man for whom every moment now is a gift.